General Bonner Fellers, the “hero” of the WWII drama “Emperor”?

In “Emperor,” the post-World War II occupation of Japan drama, Matthew Fox plays the brigadier general given the responsibility of investigating Emperor Hirohito’s involvement in the war, his knowledge of war crimes, and as the divine head of state, his ability to prevent any of that.

General MacArthur, military ruler of occupied Japan and played by Tommy Lee Jones, tasks Fellers with this, all the while letting him know that he thinks he “needs” the emperor to carry out an aggressive makeover of Japan and get it on its feet quickly. Thus, he ties Fellers’ hands.  But Washington, MacArthur huffs, wants to the emperor to hang. So Fellers is on the horns of a dilemma, or would be, if the film had played that up.

This being a movie, they compress the time for the actual investigation to just a few days. In fact, the time period for the investigation was considerably more than 10 days.

Complicating matters for Fellers is his long-lost college love, a Japanese woman whom he is obsessed with tracking down even as he’s up against a 10 day deadline for coming to a decision on Hirohito.

Did Fellers, a real person just like MacArthur, have a Japanese girlfriend? The film says they met at “Douglaston College,” which does not appear to have ever existed.  So apparently not. A Hollywood invention, like the “ten day deadline.” But he did go to Japan, more than once, before the war. He wrote about the Japanese military, as the movie says. And he met an exchange student in college, according to his family.

Since the script is based on a Shiro Okamoto book that doesn’t appear to have been translated into English,  I ran into a blind alley in trying to figure this out for my review of “Emperor.” I have seen the film twice, and had to murky up the way I talked about the “love story” because, well, I don’t know definitively how much of it is made up.

But the real Fellers was complicated in ways significantly different from those depicted in the film or on his family-maintained website (serious omissions/whitewashing there).

He was in military intelligence, and just as America entered the war, he made a few fairly large boo-boos in the Middle East. He got labeled “Anglophobe,” and his blundering was costly to the British, fighting the Germans and Italians on their own in the Med and North Africa at the time.

Read any thorough book on espionage and code-breaking and WWII and Fellers’ name crops up. In the years since first posting this, I have stumbled across him repeatedly. In Max Hastings’ “The Secret War,” he steps off the pages as a lethally incompetent handler of intelligence. The leaks coming out of Fellers’ sloppily encrypted “briefings” and situation reports for HQ earned a nickname. Gen. Erwin Rommel called them “little Fellers.” Frequent, reliable intel for the Afrika Corps, composed by an American Army officer. He was like Baron Oshima, the stupidly chatty Allied “source” inside Berlin whose reports back to Tokyo caused Allied cryptanalysts to regard him as their very own, and not the Japanese ambassador to Nazi Germany.

Eisenhower reportedly mistrusted and hated the guy, even before his connection to the preening, imperious MacArthur. Fellers was in OSS, the precursor to the CIA, for a period. His incompetence should have gotten him court martialed. Instead, he was transferred to the Pacific and became MacArthur’s right hand man.

Did his mission to “save” the Emperor pay off? Yes and no.  Hirohito and his family were active in Japan’s military, its aggression and Hirohito personally approved of the war crimes that began in China and extended through VJ Day.

Not prosecuting him allowed Japan to turn less feudal and militaristic and more democratic/capitalistic, overnight. But some argue that MacArthur’s mania for keeping the emperor out of the noose gave the Japanese cover for living the lie that they were the “victims” of the war, allowed them to deny the countless atrocities, war crimes, etc., as the acts of a few. The fact that for decades, they kept films such as “The Last Emperor” and pretty much anything about the “Rape of Nanking” out of Japanese cinemas or off NHK TV backs that up. We gave them room for denial.

The denying goes on and on.

And Fellers’ own post-military activities, heavy involvement in far right groups, “For America” and the John Birch Society, suggests that the guy presented in the movie as having been lectured by MacArthur that Japan was to be the bulwark against the growing Communist threat in Asia became a lot more of a Better Dead than Red zealot than that.  Different times, different fears, that in itself is no utter condemnation of the man, though such circles were not exactly dens of intellectual political debate. As in Nazi Germany, ideologues like Fellers were valued for their loyalty, not their competence.

And the Emperor honored him later in life, which has a hint of quid pro quo about it. 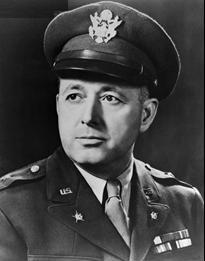 “Emperor” does a great job of presenting Japan’s rationalizations/justifications for its actions, at least the ones they gave and continue to give themselves. They were attacking and seizing British, French, American and Dutch colonies (tell that to the Koreans), and were only doing in China what the West had done 100 years before. In their minds, anyway. It’s almost a piece of Japanese apologia.

And the film is a lot murkier on other issues, what the Emperor knew and when he knew it, and whether or not this effort to bend “justice” to fit expediency was justified.

18 Responses to General Bonner Fellers, the “hero” of the WWII drama “Emperor”?