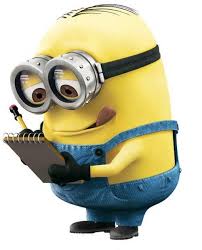 The box office this weekend is looking about 25% better than last summer at this time. The crowded animation slate this season is a reason why.

“Despicable Me 2” will surpass “Monsters University” in total BO take by next weekend. This weekend, it did enough to best “Grownups 2” –$44.7 million  and change, according to Box Office Mojo.

Startling news about “Grownups”? Sandler’s pal-packed,  listless, almost scriptless comedy cost an alleged $80 million. All spent on the cast. Big check for the big guy, lotsa little checks spread around amongst his cronies. As I said in my review, this was a real share-the-wealth make-work project, stimulating the economy and what not. Not a dime spent on the script, apparently. Or director. Another crony (Dennis Dugan).

$42.5 million in box office this weekend.

“Pacific Rim” is doing well overseas — and earned over $38 here. It cost a lot more than “Grown Ups 2”, but considering interest in it wasn’t huge on this side of the ocean, that’s a win. Del Toro’s middling monster mash is a hit and in the black.

Further down the BO charts — “The Heat” cleared $100 million Friday, “Lone RAnger” will be lucky to reach $75 before it loses all its screens, “This is the End” should finish its run right at $100.

Kevin Hart’s explaining his way towards $30 million for that concert film.

“The Way Way Back” and “Fruitvale Station” are doing great business in a handful of theaters.