Box Office Too close to call — “Despicable” vs. “Grown Ups” vs. “Pacific Rim” 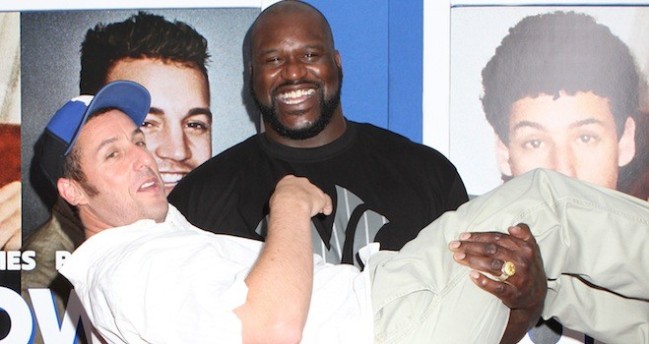 The late night Thursday and all day Friday ticket sales of “Grown Ups 2” point to yet another boost to Adam Sandler’s once-fading fortunes. It could very well win the weekend, unless all those people who saw this critically lambasted abortion text their friends and warn them away.

It should clear $40 million, according to Deadline.com. The film feels like a farewell tour, of sorts, as Sandler rounds up not just some of his cronies, but virtually ALL of them for cameos, bit parts and the like. If this clears $100 million at some point, he’ll be back with another. He’s shooting more projects, but his box office appeal has faded aside from these allegedly family-friendly Sandler movies.

But Saturday, even in the summer, is the big “take the kids to the cinema” day, so “Despicable Me 2,” which has mirrored the fortunes of Pixar’s “Monsters University,” should win the weekend with a $47-50 million take. It has to make its money now, as “Turbo” opens Wednesday and could suck that audience away.

“Pacific Rim” had a very good midnight run Thursday, but faded a bit Friday. It has 3D and IMAX ticket inflation going for it, but the take may be in the $35-40 million range. Those are “Lone Ranger” numbers. Not quite “After Earth,” but not great.

Of course, Del Toro didn’t spend that much on actors, but the budget’s got to be astronomical. Reviews weren’t bad, so there’s hope.