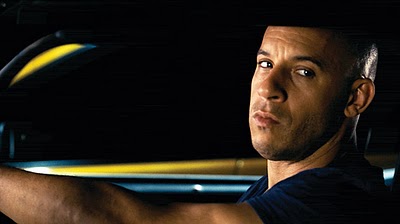 “What’s that smell?” Vin Diesel seems to be asking with that look.

“Fast & Furious 6” has set itself up to earn $110 million this weekend, based on late Thursday all-day-and-night Friday numbers. Unless audiences bail on it later in the weekend, it will set a franchise record and help make this the biggest Memorial Day at the movies ever.

“Hangover III” is a big-brand-name franchise, too. But bad reviews and weak word of mouth are suppressing turnout. That one looks like a $53 million opening weekend hit.

The telling days for the animated “Epic” will be Saturday and Monday, kids-go-to-the-movie days. Right now, it’s looking like a $44 million picture, but Sunday AM’s read will be the telling one.

“Star Trek” has lost over half its audience and is headed for a $37 million weekend take. “Iron Man” continues to plug along, “Gatsby” just passed $100 million North American box office and will be close to $120 by Monday.