BOX OFFICE: ‘Jumanji’ explodes, but “Richard Jewell” is the bomb 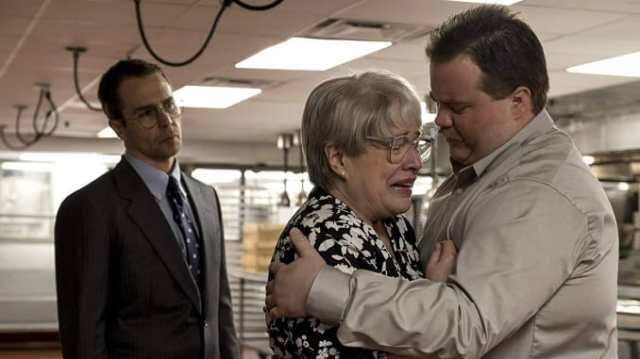 Estimates on the opening weekend take of a middling “Jumanji” sequel were in the $40-$44 million range, and appear to be on the low side. If Saturday is anything like Thursday night and Friday, it could hit $50 million.

The weary horror title “Black Christmas,” so controversial when the first version came out in the ’70s, re-engineered as a female revenge fantasy this time out, is doing less that half the business expected of it. $5, maybe $6.

I saw it with a big late night crowd, an they were as dead as the sorority girls slaughtered on screen. Very badly written and directed. It doesn’t connect. Word of mouth is killing it.

Clint’s demo is ancient, and without an action hook (“American Sniper”) or comic twist (“The Mule”) his movies just don’t cross over, play in the heartland or draw in the big cities.

Warners wasted it’s money and wade into controversy for nothing. Time to take away angry old great grandpa’s car keys.