Netflixable? Vampires reveal their Malaysian name in “Revenge of the Pontianak”

Posted on October 31, 2019 by rogerinorlando 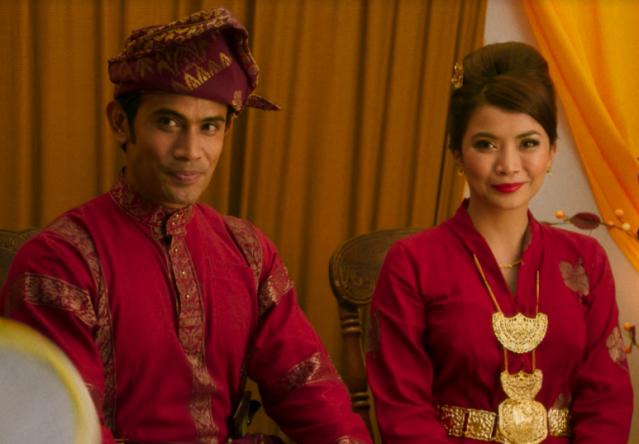 North American audiences an be forgiven for scanning past this title on Netflix, “Revenge of the Pontianak,” and wondering if the first half of is missing.

Shouldn’t it be “Aztek II: Revenge of the Pontiac?”

No, nothing to do with the former GM home of the Bonneville, the G8 and the GTO. This is a Malaysian vampire tale (in Malay, with English subtitles), a soapy horror melodrama that’s very similar to Hollywood’s “Ghost Story” of some decades past.

It’s pretty tame, by Western horror standards. But it plays by the rules, it’s in an exotic setting and it’s a period piece — colorful costumes from Malaysia’s swinging ’60s clothe the cast, all characters trapped in a sylan village in the mountainous suburbs.

It’s 1965, and everybody’s gathered to celebrate the wedding of Siti (Shenty Felizaina) and Khalid (Remy Ishak).

He has a little boy from an earlier relationship, but she’s pretty and the locals seem to take to her. But check out the look on Khalid’s face when his best man Rais (Tony Eusoff) serenades the newlyweds with a song that seems to mean something to Khalid, and maybe to Rais.

And the dirty look he casts towards the stage presages what happens later. Rais has a car accident, gets out to check the damage, and is gutted by something that also attacks his date.

When new bride Siti sees Rais next, his bled-out corpse is hanging from a very tall tree overlooking their classy village bungalow on stilts. Of course she screams.

But the locals instantly wonder what curse Siti has brought upon them. The local imam (Namron) who has shaman qualities (he touches people and sees montages of what’s happened to them) shares a prophecy, and a warning.

“Darkness has descended upon this village!” he intones. “CLEAN YOUR HOUSE!”

He’s not just lecturing Siti, who has all this blood on the porch. It’s the whole village that must “clean.” And as seizures and sickness start striking locals, they amp up the superstition and point their fingers at the outsider, this “demon woman.”

But we, being sophisticated horror viewers, know better. That look Khalid and Rais shared had meaning.

And others know their secret. 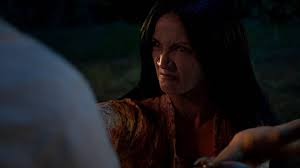 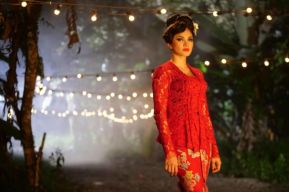 The frights are fairly routine, up until the finale, which has blood and fury and meaning and comeuppance.

I liked the look and the tone of Glen Goei and Gavin Yap’s picture, the foliage of the rainforest framing the world they’re showing up, beautiful people in exotic clothing dealing with problems any vampire film fan (or “Ghost Story” fan) will recognize.

A long flashback gives away the mystery, which we’ve already guessed if we read the opening credit, that a “Pontianak” is a woman who dies in childbirth but who isn’t given a proper funeral. A “Pontianak” she is called.

And who is bringing a child into this marriage?

It’s all a trifle murky and underscripted (for foreign, not Malaysian audiences) to follow, but if you watch a lot of horror, you’ve seen worse. The acting is solid all up and down the line with Namron, as the seer or whatever his real title is (he dresses like a Malaysian Imam, and the Muslim call to prayer is heard in one scene), the stand out.

It’s not a hidden gem or anything like that, just another culture’s take on plot points and themes Hollywood has beaten into the ground. Just interesting enough to wish all involved “Better luck next film.”