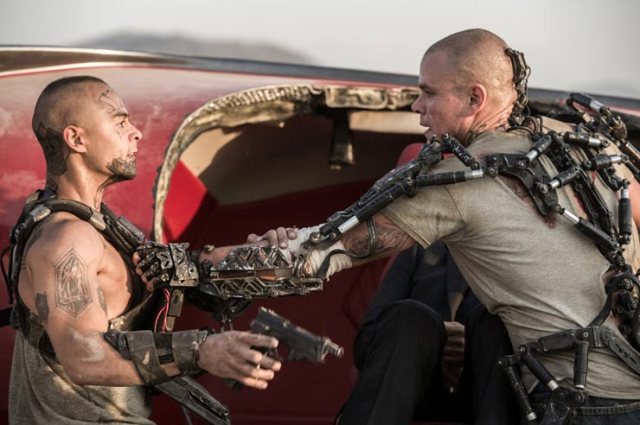 “Elysium” isn’t doing “District 9” numbers, so perhaps we’ve seen one too many movie stars in futuristic jumpsuits this summer. It looks to crack $30 million on its opening weekend (“District” opened to $37).

“We’re the Millers” has done brisk business since Wednesday and did another $25-$27 million this weekend.

As Nikki Finke reports, “Planes” was appreciated by its polled audience, but trashed by critics. Reviews almost certainly beat down the payday for this Disney dog. It only managed $21 million. Maybe announcing sequels for this one is a bit premature, Mr. Lasseter.

“Percy Jackson” remains an unimpressive underperformer. The first film didn’t do badly, and it has had a life on home video that tempted Fox to see if there was more money in the brand. There wasn’t. Weak reviews hurt this one, too.

“Smurfs” plunged, “Wolverine” is running out of gas at $114, “Fruitvale Station’s” per-screen average has plunged. It has made its money. It’ll top out at $20.

“Blue Jasmine” is still in limited release, so it could still clear $20. Jury’s out.