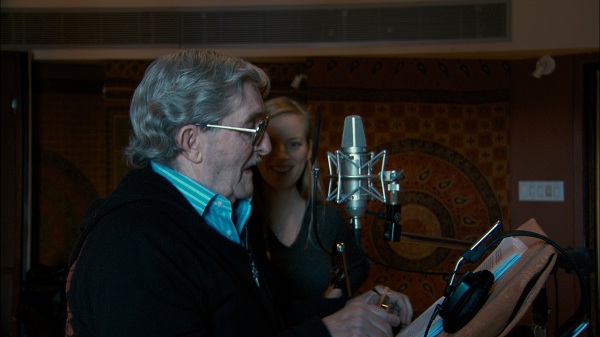 Few personal documentaries can boast of the sort of notices the Canadian actress/director Sarah Polley has earned for her film, “Stories We Tell.” This dissection of her family history — her actor father, the actress/casting director who died when Sarah was 11, the secret that they all kept from her — plays like “a mystery uncovered like a detective story, wrapped in a love letter,” raves The New York Daily News, a film informed by Polley’s own “deep sense of personal ethics.” (New York Times).
But Polley admits she’s felt more relief than pride at the film’s notices. “Stories We Tell” has her father narrating the story of his life and marriage and Sarah’s place in it, but also has siblings, half-siblings, other relatives, friends and family describing her late mother and her parents’ marriage. It brings up old news stories that were a source of humiliation, and new revelations about that family and Sarah’s lineage that could be embarrassing.
“The scariest thing was that I knew I could be setting my family up for judgement,” she says. “I tried my best to be as authentic with them as I could, and trusted that what I love about them would come through. I’ve been surprised by how sympathetic people have been to my family as they come off in the film. I was making other people vulnerable by making this, and I took that seriously.”
An actress since age 4, an Oscar nominated screenwriter as an adult, Polley is something of a phenomenon in her native Canada. But she realized that her story, from TV’s “Avonlea” to “My Life Without Me,” her Oscar nominated “Away From Her” and the recent “Take This Waltz” is run of the mill compared to this complicated family history she was sitting on — that her parents aren’t who she thought they were.
“What interested me was the number of ways the story was being told. We all have an obsession with creating a narrative out of the major events of our life, to provide structure and context. Structurally, when I set out, this was going to be a lot more like ‘Rashomon” (the famous Japanese film that recreates a crime by having its story told from many points of view). I figured I’d do my dad’s version of the story, my version and another version. And then it become more interesting to add in these other points of view and sprinkle them throughout the story.”
She used actors to recreate old home movies of her mother and their lives before she came along. And she presented conflicting evidence the way it was presented to her.
“I wanted to give the audience a parallel experience to the one I had, hearing these stories. I was never sure if what I was hearing was fact, or if it was faulty memory or nostalgia. I wanted the audience to wonder if what they are seeing is real.”
The result is a documentary that recreates a Swinging ’60s and ’70s in Canada, a mercurial “free spirit” mother, a frustrated father who gave up acting, pretty much, to raise a family and the daughter that emerged from that troubled marriage’s most troubled period.
“I sort of knew what I was going to end up with, in this search of my parents’ past,” Polley says. “And I had a lot of hesitation about putting this story out in public. I had hints other people knew, and I was a bit worried about how this information might get out into the world, without all the perspectives I included in the film. I wanted all these other voices heard. It would have felt really bruising for a journalist to report this from their perspective instead of me trying to bear witness to everybody who was somehow involved in it. On top of all the other reasons for wanting to make this, I did it to avoid the bruises.”

(the Movie Review: “Stories We Tell” is linked here)