Netflixable? In Spain, beware “The Fury of the Patient Man”

Jose doesn’t look out of place, hanging in “The Bar,” having a drink and playing cards with the boys.

The goatee may make him stand out. And the fact that we never see him smile. Not ever.

He’s tight with the family that runs the place, Juanjo and Pili. He’s more than welcome at their little girl’s first communion party. And then there’s Juanjo’s sister, Ana. She’s working class sexy, and the way he looks at her suggests not so much smitten as obsessed.

He asks questions of her and about her. Lots of them.

Ruggedly handsome or not, why would she ever pay him any mind? Her old man is in prison, but their conjugal visits are…enthusiastic. He’s about to get out, an eight year sentence for being a getaway driver for a failed jewelry store robbery.

And again, Jose never ever smiles.

He carries a lot on his mind and in his heart. His daily visits to his father, in extended care on a ventilator show that. But as we saw that failed bank robbery in the opening scene, we wonder.

“The Fury of a Patient Man” is a tight, graphically violent Spanish revenge thriller, a story about playing the long game — learning, meeting, ingratiating yourself with people you need in a world you’re not familiar with.

It’s not about some “ex Special Forces” man “with very particular skills,” a favorite crutch of lazy screenwriters and fans of “Taken” and every movie Jason Statham ever made. Jose (Antonio de la Torre) isn’t the bravest man. He’s not the toughest. He is not a man of violence.

But he’s smart, willing to take a rebuff, a slap or even a beating if it gets him to where he wants to be.

His deal, when he finally offers it, is blunt and simple — a threat delivered to a much tougher man.

“Help me to find them, and make sure nothing happens to me first.”

De la Torre, of TV’s “The Night Manager,” wears that one squinting scowl, from the first scene to the last. Jose has guile and can mask his feelings. But there’s no pretending he’s having a good time.

Ruth Díaz suggests a kind of joyless, calculating working mom. Perhaps she’ll ditch the soon-to-be-ex-con for this man who seems to have more going on.

And Luis Callejo, as Curro, the getaway driver, has pent-up fury of his own — survival skills, a willingness to commit violence, and not flinch when others do. 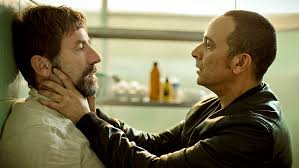 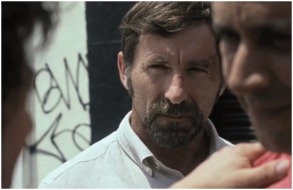 Actor turned director Raúl Arévalo, who also wrote the script, keeps the viewer wondering where this is going, how it all will pay off.

The violence is shocking, even when we see it coming, even as we watch Jose do the math on how it’s about to play out. There’s nothing here that someone with no “history of violence” could not do. But will he?

I wasn’t thrilled with de la Torre’s one-note performance, but at least it’s defensible. Can he go through with this after dining with this family, chatting with the spouses and small children of those he is stalking?

And Arévalo himself shows the patience of a much more experienced storyteller. “Fury” gives up its secrets slowly and immerses us in the “gipsy” music, unpretentious bars, ancient, treeless streets of small town southern Spain (once the characters leave Barrio de Usera, Madrid).

The payoff is a superior thriller of a well-worn genre, a thriller with limited action but well worth watching in Spanish (with English subtitles) or dubbed — perfectly Netflixable.