Movie Review: The lost boys are “Beasts of the Southern Wild” who embrace “Wendy”

Posted on February 5, 2020 by rogerinorlando 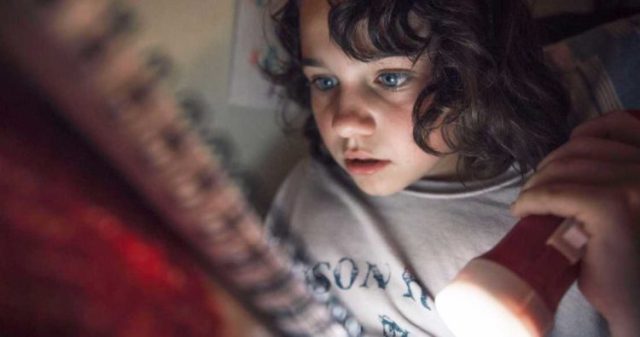 In “Wendy,” the writer-director of the Oscar-nominated “Beasts of the Southern Wild”  transports the Peter Pan story from London and “Never Never Land” to the Louisiana bayou and the Caribbean island of Monserrat.

And he tinkers with the fantasy about “never growing up” and adulthood, adding an environmental allegory to its message in this latest richly-detailed fantasia on the imagination of children and the wonders they stumble into when left to figure the world out for themselves.

It is a movie of magic and (sometimes) messy messaging, of carefree play with never a worry about meals or tetanus shots — a lot like “Beasts of the Southern Wild.”

Wendy Darling (Devin France) grew up in the family diner, a whistle-stop so close to the tracks it’s but a short hop from rooftop to boxcar-top, for would-be daredevils.

As a toddler, Wendy crawled along the counters and learned to drop eggs on the griddle. Her future is set. Until her twin brothers (Gage and Gavin Naquin) come along, and one has the temerity to question the narrow confines of the life awaiting them all.

“I COULD be a pirate!” one brother declares, chastened when reminded of his outlook by elderly waitresses. “I don’t WANNA be no mop and broom man!”

Mother (Shay Walker) was once a hitchhiking hippy, and that makes the older sibling Wendy wonder just what’s out there. The twins interrupt netting turtles and taking turns at the swimming hole to share a vision she sees — a dreadlocked boy (Yashua Mack) cackling and leaping from boxcar to boxcar on a passing train.

That fires her storytelling imagination, and gets her brothers all worked up.

One day, the kids make the leap and they’re off, riding the rails with Peter Pan, who declares “This is an ADVENTURE! There are no stops” on this train.

He says this just before he shoves them off into the river as they cross a trestle (Don’t try this at home, kids.). And that’s how they board the rickety rowboat and set off for the mostly-abandoned, half-devastated volcanic island (Montserrat) where kids can be free and “never grow up.”

The others in their band are “lost boys.” Wendy? “She don’t stand a chance.” 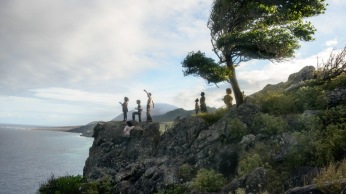 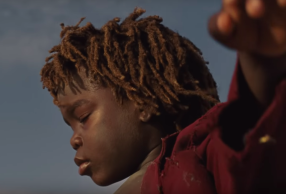 Zeitlin leans heavily on his starlet, her co-stars and the arresting milieu that he drops them into for frolicking.And when that’s not enough, a little James M. Barry “Peter Pan” magic is in order.

Peter’s “never grow up” ethos is achievable, the lad insists.

“You have to believe” for starters, and as there’s no Tinkerbell, that’s within the realm of the possible. “Never slow down. Never think twice.”

There are stunning caverns to dive into, a wrecked fishing boat as playground, homesickness for Mother and awe at the wonders of Mother Earth. And there’s a lot of fretting about “never growing up,” and the perils that come with that, perils that might require “REAL help, from grownups!”

I love what Zeitlin is trying here, and one can understand, thanks to the fact that he announced this as his follow-up to “Beasts” way back in 2013, why he was reluctant to trim it to a breezier, brisker length.

“Wendy” drags through the middle acts, and the finale is something of a struggle.

But young Miss France is a beatific wonder — curly hair and earrings and what The Rolling Stones were singing about when they described “the girl with the faraway eyes.” Yashua Mack, another discovery, has the impish bravado to pull off Peter, although one wishes he’d had some funny lines to go along with his many elegies to “never growing up.”

That would have made “Wendy” a little more small-child friend and a little less of a slog.