From the Archive: Interview with “Bird Box” director Susanne Bier — “After the Fire”

Posted on January 28, 2020 by rogerinorlando 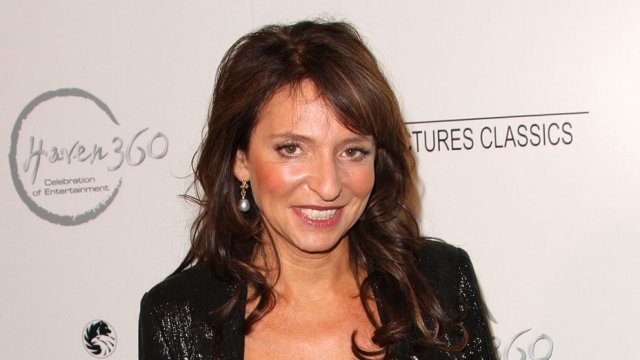 Long before she did “Bird Box,” “The Night Manager” or “Serena,” Susanne Bier was a Danish director to watch. “After the Wedding” and “In a Better World” marked her as someone with a distinct perspective and a long career ahead of her.

Here’s an interview I had with her in 2010, From the Archives.

Things We Lost in the Fire is an actor’s showcase, a quietly gripping drama of death, grief, guilt and addiction. Already there is talk of Oscar nominations for stars Halle Berry (as a grieving widow) and Benicio del Toro (as her late husband’s junky friend).

And one thing we know about “actor’s pictures” is that it takes a special sort of director to helm them. Susanne Bier is a Dane who finds herself much in demand in Hollywood. Her most recent films, somber but witty dramas that wrestle big emotions under the covers, have garnered festival awards and international acclaim, and Hollywood interest in the remake-rights.

“There’s nothing (here) to suggest that Bierhad to compromise her style in order to work in Hollywood,” notes Variety critic Todd McCarthy. But don’t tell her the film has “Danish-Scandinavian” sensibilities unless you want to get a rise out of her.

Bier, 47, has made a dozen films in 15 years and her directing star is on the rise. Brothers (2004), a homefront Afghan War drama which Hollywood is in the process of remaking, followed her first notable Danish export, Open Hearts (2002), and her most recent film festival and arthouse cinema hit, After the Wedding, played all over America.

We reached her in New York. 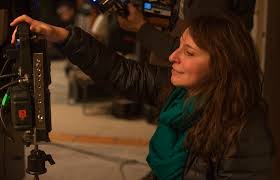 Q: So how did Hollywood find you? Which of your films got their attention?

Bier: (British filmmaker) Sam Mendes (the American Beauty director, producer of Things We Lost in the Fire) saw Open Hearts and Brothers and he sent me the script and took me to meet with Dreamworks. And while we were meeting, After the Wedding came out. I loved the script, but I’m not sure why they thought I’d be right to direct this.

Q: Do you see anything particularly Danish in the story, in the sensibility?

Bier: I think that universal sensibility applies here. A Dane can do this story of an American family, a family tragedy, and people in Greece or India will understand it, too.

Q: I talked with Halle Berry last spring for another film, and she recalled having to fight to get this part, making an inter-racial couple at the heart of the film, something she says that you or the studio hadn’t considered. She had to fight for it. True?

Bier: When I became attached to the movie, I met with many actresses. I was concerned for the character, Audrey. She’s so closed-down, and I was afraid that she’d seem cold. I wanted to find an actress who was very passionate and warm, in person, who could sort of hide that.

Halle is that way.

When I met her, I had no doubt.

Q: Were you a fan of Benicio’s work?

Q: He seems quite different here. What sorts of things did you do to bring out this vulnerable, likable side of him? Bier: He is very subdued, very clear, in a way. His pacing is very specific. There’s a clarity to him which I think serves his part, but who was loved by his friend (David Duchovny) this man we know so little about, well.

Q: What did you know about substance abuse support groups, which is something Things We Lost in the Fire gets into?

Bier: I knew nothing about this world, because I don’t have an addictive personality. But I was very intrigued by it and wanted to explore it. Benicio’s character functioning within that world of self-help fascinated me. He’s sober and serious, and yet also a little amused by it.

Q: Speaking of mystery, this movie doesn’t give away a lot. We don’t get all the answers, all the connections between characters, all the back-story.

Bier: I was drawn to this as a love story with this very uneven couple. They’re all these closed-off people, disconnected. And had they not had this tragedy, there would be no chance in the world that they’d ever get the chance to know one another.

But by the end of the movie, they mean a helluva lot to one another.

I thought of a back-story for the characters, and each of the actors thought of a back story. But none of us told each other what they thought that back story would be. Part of the fun of movie should be secrets. You open one door, go into the next room, and you should want to continue. The joy of the film is that all these characters have all these secrets. Quite intriguing.

Bier: Well, if you say so! Ha ha! But of course every director thinks her actors are brilliant and should be nominated.

Q: What do you think constitutes ‘an actor’s director?’ You seem to be one.

Bier: I trust the actors. A lot. And I love surprises. I can’t be more happy than when a performer does something that is so truthful and unexpected.

So there’s a lot of collaboration, flexibility on the set. But there are also unspoken things. I’m just waiting for them to surprise me and delight me.

Q: Hollywood wants to remake your work. And unlike many of your peers, from Denmark, Spain, where have you, you’re not letting yourself be trapped into doing your own remake. Why not?

Bier: For me, every movie has its own moment. I’ve already done Brothers, and Open Hearts and After the Wedding. They’re remaking all of them, I think, eventually. Every day, I show up on the set totally curious. I would not have that curiosity with a movie I have already done. That takes away my greatest creative strength.

Right now, I am looking for a comedy. There are funny moments, I hope, in all of my movies.