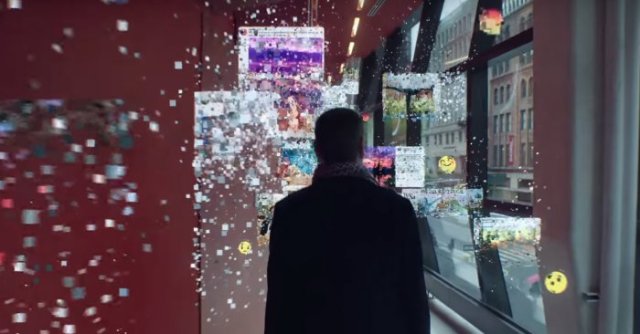 Netflix’s best bet for a Best Documentary Academy Award is almost certainly “American Factory,” a good film and a candid look at Chinese investment in the American workforce. It was produced under the Netflix banner of Barack and Michelle Obama, and you know how Hollywood loves the Obamas.

But the streaming service has another “short listed” contender (the 15 films they’ve narrowed their nominees list to). What about “The Great Hack?”

I’ve put off seeing this one because the subject is almost too dispiriting to wrestle with, and seeing this movie about the Cambridge Analytica/Facebook scandal, data-mining and voter manipulation (for starters) that Big Tech and our addiction to it is doing to democracy, didn’t exactly lift my spirit.

After all, it’s not like the criminal behavior of the Steve Bannon-founded Cambridge and many lies that company’s CEO, Alexander Nix, and Facebook’s CEO Mark Zuckerberg were caught in led to punishment of any real consequence.  So yeah, it’s 2020 and it’ll probably happen again.

The “data scraping,” the “thousands of data points” Facebook and others have mined with all our “likes,” searches, map points, “fun online quizzes,” purchases and the like are being used against us every day, why not Election Day?

But filmmakers Karim Amer and Jehane Noujaim lay out a version of the history of Britain’s decision to Brexit the European Union and America’s turn to Trumpism in digital terms, and in journalistic ones.

There’s the New York digital media professor, David Carroll, the film’s hero and narrator, a man very much savvy to the personal information that’s been harvested from him, a fellow resourceful enough to sue Cambridge Analytica to see just what his “5,000” (and counting) data points “profile” has in it.

British reporter Carole Cadwalladr, doggedly breaking and pursuing the story of Cambridge Analytica’s decades of electoral manipulation (Thailand to Trinidad, to Britain and America), has been sounding the warning about the “high tech gangsters” and the “grossly unethical experiment” that this “criminal enterprise” has been carrying out all over the world.

And then there’s heroic villain or villainously heroic Brittany Kaiser, a one-time Obama campaign intern who sold her social media marketing skills to the highest bidder — Cambridge — helped strategize the company’s efforts for clients from Ted Cruz to Donald Trump, “Leave.eu” and Nigel Farage. She was one of the public faces for Cambridge Analytica, and once the heat turned on her, turned whistle-blower on the her deceptive, law-breaking employers.

And Kaiser kept campaign pitches, her calendar of meetings, lots and lots of things that pointed directly to the lies Nix and Zuckerberg were telling in front of elected officials in the UK and the US. 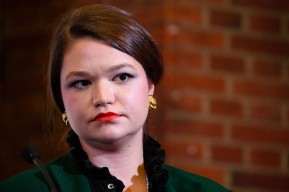 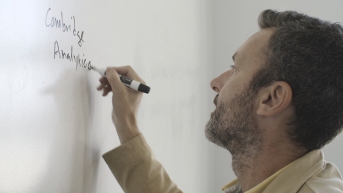 The timeline, the testimony, the atomization of voter pools into “the persuadables” who could be bombarded with negative ads that pull them into backing Brexit or pushed into voting “against” Hillary Clinton, it’s all informative and damning as hell.

But aside from your “full service propaganda machine” with Cambridge in its name being broken up, nothing else has changed. We haven’t all abandoned Facebook, and the Russians are still able to slip divisive ads onto Facebook, Twitter and elsewhere.

We still haven’t defined this sort of data-mining, profiling — “psycho-graphics” — as “a weapon.” And with authoritarian conservative regimes in power in much of the world, the idea that “data rights are human rights” isn’t going anywhere. For now.

Have we learned anything? Have the “Bond villains” at the heart of this story been discouraged from repeating their actions? Do we have any idea what can be done, and is anything at all BEING done?

Aside from all those “Election Security” bills gathering dust on the desk of #MoscowMitch?