Movie Review: Horror is a fiddle tune composed by Rutger Hauer, “The Sonata” 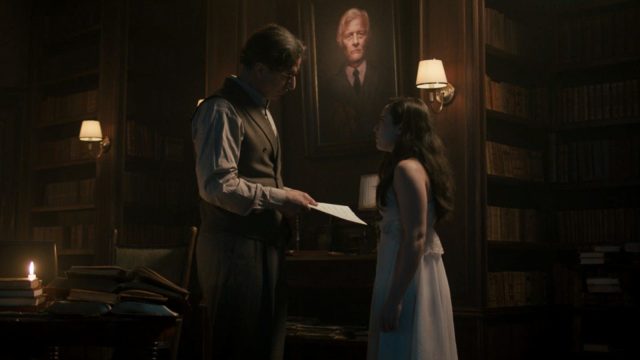 A sonata isn’t just a drab Hyundai sedan or a sleep-aid meant to treat insomnia.

It’s a work for a solo instrumentalist, typically, in classical music, composed for violin or piano, although there are flute, organ and clarinet works famous within the repertoire of those instruments as well.

The aptness of “Sonata” as a name for a sleep aid depends on your appreciation of classical music.

“The Sonata” is a stylish, Gothic and high-toned horror tale set in the world of classical music. It is remarkable for being one of the final films of “Blade Runner” icon Rutger Hauer. Not managing much that’s frightening, it’s also a tad sleep-inducing.

Hauer plays Richard Marlowe, a composer introduced in a bravura first person point-of-view opening. We see a man walking the halls of his gloomy French chateau holding a candle in front of him to light the way. He stops, fetches a gas can, walks to a terrace, douses himself and…well, there’s a candle.

Freya Tingley of TV’s “Once Upon a Time” is Rose, a temperamental young concert violinist who takes the news of her father’s death frostily. She hadn’t seen him since she was a toddler.

Her French agent, Charles (Simon Abkarian of “Rendition”), is taken aback by her “I don’t have time for this right now” response. He didn’t realize who her father was — a composer “not famous, more notorious,” and something of a recluse in his last years.

Both of them have their interest piqued when Rose inherits his home in France, and the copyrights to his music. The old man even left Rose an envelope. That’s what leads her to “The Sonata,” Marlowe’s last score.

It’s a creepy piece of music, dissonant at first, with a tricky tempo. And in it are these odd symbols, not traditional musical notation.

No matter. Charles sees dollar signs, the daughter performing and recording a celebrated composer’s last work. Rose isn’t so sure. And as Charles gains guidance from an aloof musicologist (James Faulkner) that points to the occult, Rose starts thumbing through a book collection that includes assorted works of Satanic lore (and oddly, Ambrose Bierce’s satirical “The Devil’s Dictionary,” no doubt purchased because of its catchy title).

Weird dreams reach her, old cassettes of some of the old man’s more horrific hobbies turn up. Premiering this sonata? 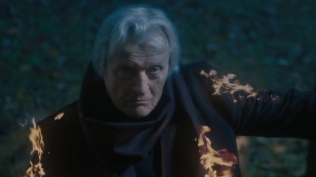 Hauer has little chance to make much of an impression, mostly appearing in a vintage TV interview Marlowe gave.

“Music…it’s not entertainment. It floats around inside me…I just follow the voice I hear!”

The score, by Alexis Maingaud, is horror strings on steroids and quite lovely. Director Andrew Desdmond and his production designer and cinematographer conjure up a properly spooky look and setting — overcast skies, dimly-lit chambers, a foggy forest.

But the script delivers very little punch or pace to let that creepy vibe pay off. The marvelous, chilling score might as well be a funeral dirge, as slow as this conjuring is at getting to its payoff and point.

It’s a pity Hauer couldn’t have bowed out on a high note with, say, his patrician menace in “The Sisters Brothers.” At least “The Sonata” won’t be his curtain call. He had other film performances in the can when he died in July. As uneven or unworthy as many of the movies he’s performed in have been in recent years, let’s hope at least one of them is better than this.