Documentary Review — “Toni Morrison: The Pieces I Am” 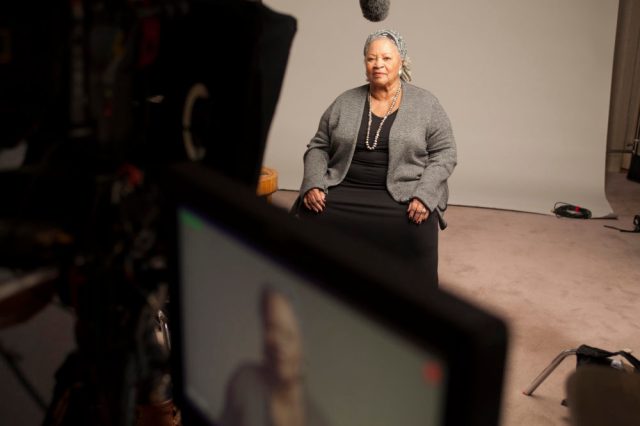 From the first, Toni Morrison had endure attempts to “ghetto-ize” her fiction, books about the African American experience — from slavery to the trials of African American girl and womanhood, then and now.

Even “sympathetic liberal reviews” from the likes of the New York Times dismissed her as “only a marvelous recorder of the provincial black side of life.”

That was about an early novel, “Sula.”

And only Toni Morrison could get the news that she’s been awarded the Nobel Prize for literature, only to wake up the morning after with a blistering collection of bitter, withering put-downs from her “peers” in a Washington Post story about the honor.

All of that, the childhood move north as part of the African American “Great Migration,” marriage and divorce, raising two sons with the help of her parents as she took on teaching and then editing jobs on her way to getting published, makes up “The Pieces I Am,” Timothy Greenfield-Sanders’ straight-no-chaser documentary about the Nobel laureate.

He captures the grande dame of American fiction at her regal, imperious best — darling of Oprah, popularized by “Oprah’s Book Club,” beloved for “Beloved,” adding an opera libretto (“Margaret Garner”) to her accomplishments but honored with a Pulitzer, American Book Award and scores of other prizes for “Sula,””Jazz,””The Bluest Eye,” “Tar Baby,” “God Help the Child” and other classics of American literature.

“The Pieces I Am” has the writer, simply addressing the camera, with clips of readings, interviews from the past and shots of her at work — yellow legal pad and pen in hand, outlining her stories, drawing floorplans of settings (as in “Beloved”).

We see a photocopy of the 19th century Cincinnati newspaper clipping of the escaped slave who killed her children rather than returning to bondage with them after her re-capture, which inspired “Beloved” and later the opera, “Margaret Garner.”

Oprah Winfrey recalls the fangirlish enthusiasm that led her to track down Morrison and champion her on her TV show. The radical memoirist Angela Davis (an early editing project) zeroes in on what Morrison was up against. Friend Fran Lebowitz has a funny anecdote about hearing her pal Morrison had won the Nobel. And critics, academics and peers  such as Russell Banks sing the writer’s praises in this glossy, two-hour generally superficial treatment of her life. 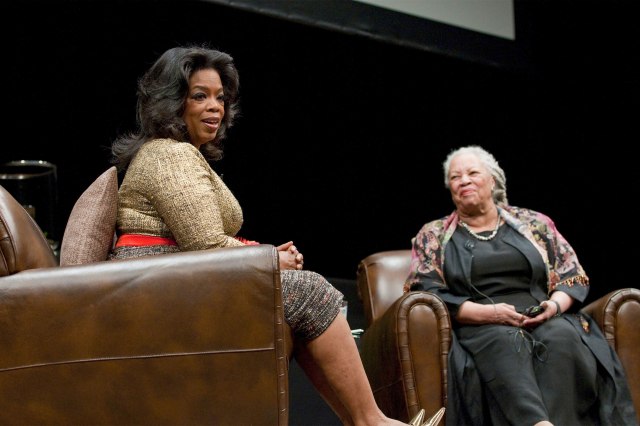 The real value in Greenfield-Sanders’ film, which goes into limited theatrical release this weekend before coming to PBS in 2020, is in Morrison’s struggles with the white patriarchy of American letters.

She wanted to ignore the implicit “white male gaze” of publishing and American readership.

“I didn’t want to speak FOR black people,” she declares. “I wanted to speak TO them.”

That’s a head-snappingly obvious revelation, that publishing — like American culture in general — defaults to what white people want to read, hear or see on the screen. Publishing is built around that given — that readers are white.

She played around with style, “laying out the whole plot” of “The Bluest Eye” on the first page, showing us “characters and situations never seen before.”

She taught, and when the chance came to take on book editing, she made that work even if it meant her mother was doing much of the child-rearing after her own divorce. She figured out something pretty quickly in the halls of American publishing.

“I was more interesting than they were.” And “I’m very, very smart.”

Yes she is. But as “The Pieces I Am” makes clear, a few recognized this early, but most of us — including the literati and America’s literary critics — had to soak up the phrase “Nobel laureate” to finally have that sink in.