Documentary Review: Jakob Dylan listens for “The California Sound” in “Echo in the Canyon” 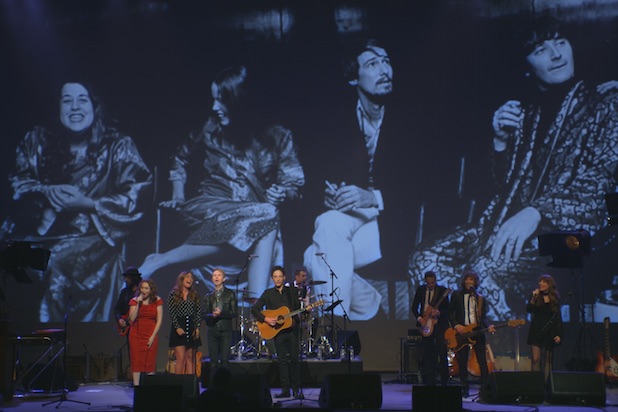 Something about the harmony of paired strings inspired close harmony singing, and “Folk rock” was born, thanks to The Byrds.

And from them, Buffalo Springfield and later The Mamas and the Papas.

But it was geography, eventually parking those groups in close proximity to The Beach Boys, that gave birth to “The California Sound.”

The new documentary “Echo in the Canyon” narrows that birthplace down even further, to Laurel Canyon, a hilly corner of Los Angeles where David Crosby of The Byrds led a musical migration that soon put producers, players and innovators in the same place.

Something about it, its “close proximity” the the clubs of Sunset Strip, producer Lou Adler speculates, conjured up a shared sonic idea born mainly of the simple mixing together of people who could stop each other on the street or knock on each other’s doors and say, “Hey, I’ve been working on this. What do you think?”

Jakob Dylan, son of Bob, leader of The Wallflowers, is our narrator and musical guide in this delightfully tuneful odyssey. He tools down the canyon and around town, to Western (United) Sound and other surviving recording studios, in a 1960s GTO as he chats up up Petty in a luthier’s shop as they pick at the Rickenbacker guitars there, over to visit Crosby or Michelle Phillips of The Mamas and Papas, Ringo Starr, McGuinn, Adler, Eric Clapton, Graham Nash and Stephen Stills.

Being a member of the Dylan clan, his declared “inspiration” of all this was a time-capsule drama “Model Shop,” a Jaques Demy film that featured Gary Lockwood tooling around the LA of this “scene” in a 1950s MG.

Dylan rounds up musicians of his generation — Beck, Fiona Apple, Norah Jones and others — for a glorious 2015 cover-song concert at L.A.’s Orpheum Theater, performing duets with Apple and Jade and Jones, close harmonizing through songs from The Byrds and The Beach Boys (with Brian Wilson) to Buffalo Springfield and those Mamas and Papas, “reviving those echos,” as he puts it. 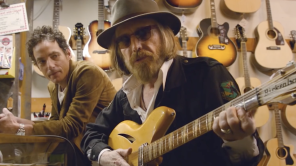 Beck marvels at that era’s age of “supergroups” such as Crosby, Stills, Nash & Young, the ferment of bands built around dueling innovators.

“I must have copped it!”

Ringo Starr verifies the legend of how much The Beatles adored The Byrds and the Beach Boys’ “Pet Sounds” LP, and cherry-picked pieces of those sounds for “Sgt. Pepper’s Lonely Hearts Club Band.”

Crosby has finally mellowed enough to talk enthusiastically about his time with The Byrds, and bluntly admits why he departed for another “supergroup.”

And Petty, who died 2017, reminisces over being the first to “revive” the sound that earlier groups, Jackson Browne and others invented. He saw Buffalo Springfield in a concert and won “Pet Sounds” in an on-air call-in contest from a Gainesville, Fla. radio station “and I never got over it.”

The most ambitious thing about this laid-back documentary was creating a tribute concert and getting big names to perform in it, and that is lovely to hear and behold. The glory of “Echo in the Canyon” is gathering the oral histories of a generation of performers who are passing from the scene, getting their final words on how it all happened.