Box Office: A Weekend of disappointments as “Meatballs”, “Rush” and “Don Jon” underwhelm

Posted on September 29, 2013 by rogerinorlando 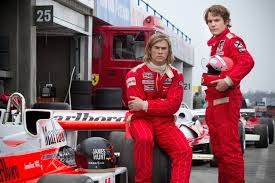 Well, that $40 million+ weekend that “Cloudy with a Chance of Meatballs 2” seemed headed for Friday disappeared Saturday, the big day of the week, traditionally, for family cartoons.

Word of mouth and weak reviews pummeled the Sony Animation product — “product” being the best word for it. Barely a laugh or a decent idea in it, so Sony will take that $35 million it actually did earn and run.

But Sony wasn’t alone is feeling no love — or too little love. “Rush” is riding a wave of Oscar  buzz and good reviews right into the wall of “It’s a Formula 1 racing period piece” and “it stars Chris Hemsworth and Daniel Bruhl and Olivia Wilde.”

Not one thing in that sentence adds up to “Box Office,” and “Rush” barely cleared $10 million as it opened wide. Perhaps Universal should have done more to promote it. I only had four interview requests in for it and got the usual brush off from the little “u.”

“Don Jon” ended up coming close to expectations, about $9 million. But “Baggage Claim,” widely seen as a $7 million opener and thus a flop, did over $9.3 so those folks can clap their hands and hope to make their money back.

Overall, box office was done almost 10% this weekend compared to the same weekend last year. Over $40 million worth of rubes bought into “Hotel Transylvania” the last weekend of Sept. of 2012.