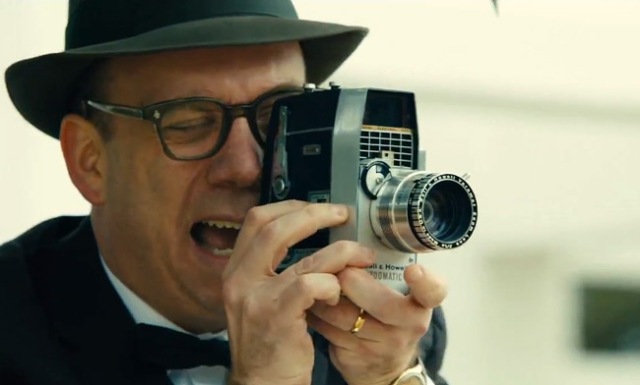 History hasn’t let us think about the blood.
It was all over Jackie Kennedy, the Secret Service Agents and especially the doctors and nurses crowded into that emergency room at Parkland Hospital in Dallas.
“Parkland” is a fascinating insider’s view of those fateful two days in November of 1963, when a president was murdered, his assassin was gunned down in custody and generations of conspiracies were born.
Journalist turned filmmaker Peter Landesman and a cast of character actors get across the chaos, confusion, the “rush to judgment” and the fearful but determined people who were on the front lines, eyewitnesses to and participants in history.
Zac Efron is the tired and overawed resident on duty when JFK is frantically wheeled in. Colin Hanks (father Tom Hanks’ company produced the film) is the chief surgeon, Dr. Malcolm Perry, summoned from a meeting to join him.
“What is that, a trach?” Dr. Perry says, pointing to the apparent tracheotomy hole in Kennedy’s neck.
“No, it’s a wound.”
Marcia Gay Harden is the cool-under-pressure nurse, Doris Nelson, keeping the doctors focused, rushing to her locker to fetch a crucifix when they have to summon a priest (Jackie Earle Haley).
Paul Giamatti is Abraham Zapruder, the proud, patriotic Kennedy fan who filmed that awful moment on the motorcade route and realizes, through the shock and sadness, that his and his family’s lives will never be the same.
Billy Bob Thornton is Secret Service agent Forrest Sorrels, on task and professional, but furious at what has happened. Ron Livingston is the F.B.I. agent whom Lee Harvey Oswald had threatened just weeks before Kennedy’s arrival and whose actions fuel many “cover-up” conspiracies.
Two stand-outs among all these personalities — Jacki Weaver as Oswald’s nutty, imperious mother, who chooses this moment to point out how important she is, and James Badge Dale as Oswald’s stricken brother, anxious to confront Lee (Jeremy Strong) in jail.
With all the familiar faces and different story threads to follow, Landesman, famous for a magazine article on the sex slave trade that was turned into a movie, relies on our knowledge of this overly-parsed piece of history to carry the movie along. So even though it’s cluttered, it works. Actors make their impressions, then the film changes scene — Zapruder and the Secret Service taking his film to one lab after another to try and process it, the doctors and nurses still in shock over Kennedy’s death suddenly summoned to save Oswald’s life.
Landesman’s film is most revealing in the turf wars that burst forth over those two days, how the various Feds were enraged any time some ten gallon hat wearing Texan tried to assert jurisdiction over the crime or the corpses.
He might have simply kept the famous figures’ faces out of the frame, which he does for many scenes involving First Lady Jacqueline Kennedy (Kat Steffens) and Vice President Lyndon Johnson. In giving them both face time and lines of dialogue, he avoids the most famous line, one that gets at the disconnect between Washington and Texas. Jackie refused to change her bloodied suit — “I want them to see what they have done to Jack.”
But “Parkland” is still a sometimes moving and more sober-minded take on the Kennedy Assassination than Oliver Stone’s bracing but conspiracy-crazed “J.F.K.” It won’t settle any arguments among the “community” of conspiracy buffs. It simply shines a light on the very fallible, quite human people who were caught up in those fateful days, the epic tragedy and the mistakes that were made that haunt us still.