Box Office: Will “Prisoners” clobber “Insidious” and “Battle of the Year”? 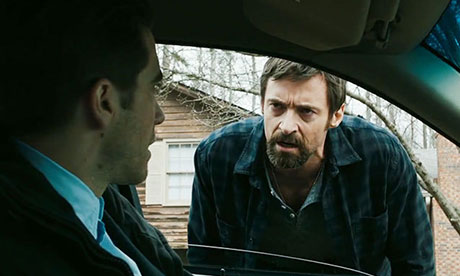 With an all-star cast, serious subject and the blue-grey-brown color palette of fall, “Prisoners” is the movie that truly heralds a change in movie seasons. It’s two and a half hours long, very long for a thriller.

But that may be the only thing holding back this Hugh Jackman/Jake Gyllenhaal/Maria Bello/Viola Davis/Terrence Howard thriller. Great reviews should push it over $20 million at the box office. Box Office Mojo says so.

The Box office Guru agrees. And that almost never happens.

I would be pleased if they both were on the low side. Good films, ambitious storytelling, need to be rewarded. Very hard for a non-3D picture that is shown fewer times during the day due to its length to do much better than $25. I say it’ll clear $20, but not $30.

The dance picture “Battle of the Year 3D” has plenty of hype in the teen girl department. I wonder if Screen Gems gave away to many tickets to this one, though. They’ve been screening it to teen girls for a month or more, several showings in cities like Orlando, a tour with Josh Peck (the marquee name, other than Rhianna-beater Chris Brown) to many cities. Will it pay of, or did they give away $200,000 in tickets (just guessing there) for nothing? Mojo figures under $10. The Guru is lowballing it further, figuring a measly $7 million is all it’ll manage. I think they both may be on the light side of things. It could hit the low to mid teens — $13-14. But who knows what teen girls will show up for? Middling movie.

“Insidious: Chapter 2” figures to lose most of its blockbuster opening weekend audience this weekend. The first film in the series made its money by sticking around for six weeks, losing little audience from week to week. This one? Worse film, worse reviews, front-loaded box office take. Figure it’ll come in second, low-to-mid teens,

“The Wizard of Oz 3D” is only opening on 318 screens, so it won’t impact the box office much. $5 million out of reach?