It’s Official: Universal is having its best year ever at the box office 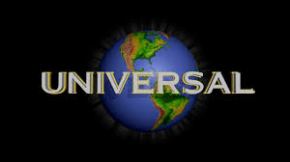 The year is just two thirds over, but already one Hollywood studio is popping the bubbly. Universal has had two monster hits — “Fast & Furious 6” and “Despicable Me 2” — and a few solid hits (“The Purge” “Identity Thief”) which outweighed its misses (“Oblivion,” “R.I.P.D.” “2 Guns”), outweighed them so much the studio has already raked in over $1.8 billion at the box office.

“Kick Ass 2” could tank and the rest of their release slate underwhelm and they’d still be golden.

As with most Hollywood studios, the bulk of that take is coming from overseas, now. So movies that travel well — a Formula 1 bio pic “Rush” is due out in September — is of Paramount importance, even to Universal.