Movie Review: “Tiptoes,” a title that shall live…in infamy

Posted on August 9, 2020 by rogerinorlando 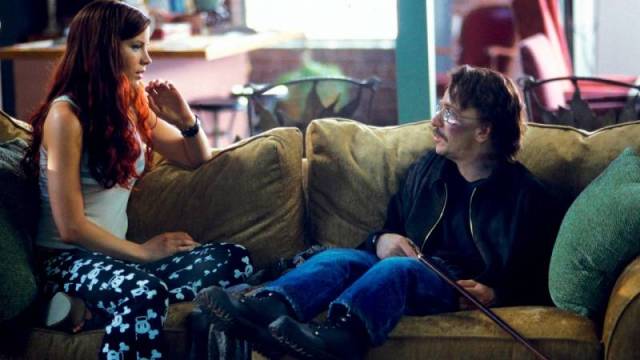 With Gawd as my witness, I swear I had never heard of “Tiptoes,” a cinematic debacle like few others, “The Room” packed with future Oscar winners.

A “little people” comedy with Gary Oldman playing a dwarf, it was two and a half hours long when it screened at Austin in 2003.

It wasn’t released widely, and not at all in the US. That it still exists makes one wonder why the participants didn’t pool their cash and have it destroyed.

It basically ended the career of writer-director Matthew Bright (“Guncrazy”), although it didn’t prevent Matthew McConaughey’s “Lincoln Lawyer” comeback, or the Oscars that would eventually come to him, Patricia Arquette and Oldman.

It didn’t do Kate Beckinsale any favors.

Peter Dinklage? There’s no such thing as a bad Dinklage moment, and he got through this utterly unscathed.

But man, what a tin-eared, un-PC fiasco.

McConaughey plays Steven, a firefighting consultant about to marry a successful artist, Carol (Beckinsale). She becomes pregnant before she meets his family. He is a bit freaked out by that prospect, and the pregnancy.

You see, he has a twin. Rolfe (Oldman) is a soulful goof who spends too much time with hipster/ladies’ man Maurice (Dinklage). And like Steve and Rolfe’s parents, those guys are dwarves.

Rolfe and Maurice travel cross country on motor trikes, and Maurice picks up a tarted-up Lucy (Arquette) along the way.

There’s a convention of  “little people” (shades of “Under the Rainbow”) in Vegas, where they’re shown carrying on, coupling up, cheating and cursing and carousing.

Amidst all that potential mayhem, Carol meets Rolfe, picks up on the whole dwarf genetics thing Steven is panicked about and experiences shock herself.

There is a wedding. But where highly-strung Steven isn’t reconciled to the risks and responsibilities of how their child might come into the world, Rolfe is unflappable, realistic, sympathetic and kind. Carol responds to that. 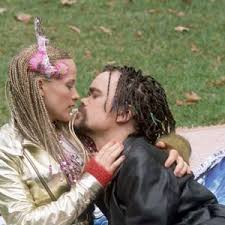 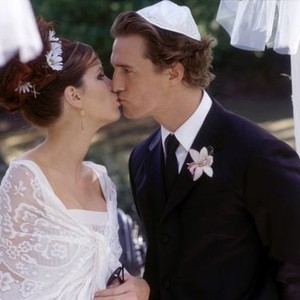 The medical and genetic obsessions of the script turned out to be off, if not outright wrong — offensively so in some cases.

Oldman’s performance is sweet enough, but a jarring stunt that no one in his or her right mind would have attempted.

The milieu has a certain amusement to it, the way those farcical “Seinfeld” episodes about an imagined “code” and “culture” of this subculture were. Debbie Lee Carrington, who appeared in “Seinfeld,” plays a more out there version of the “hot dwarf” guys are beating each other up over.

There are laughs, here and there, smothered by the endless cringe of it all.

The gonzo, smitten turns by Arquette and Dinklage aren’t enough to make us forget the mess that’s spilling all over the screen around them.

The performers mostly left on the cutting room floor (David Alan Grier) were the lucky ones.

Still, like road accidents and the films of Uwe Boll, it’s worth a gawk as evidence of how a whole lot of people, many of them agents whom one suspects must have been fired after this, can get anything so terribly wrong.

MPAA Rating: R for language and some sexuality

1 Response to Movie Review: “Tiptoes,” a title that shall live…in infamy