Documentary Review: A masterpiece, “Jazz on a Summer’s Day” makes its restored return

Posted on August 2, 2020 by rogerinorlando 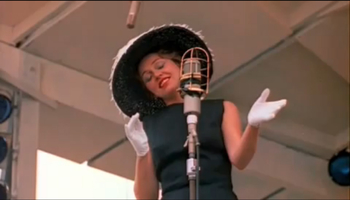 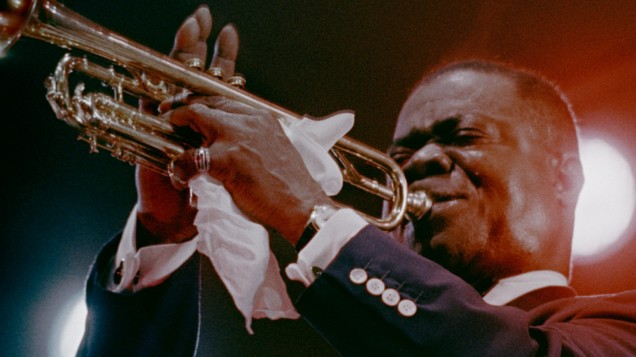 Bert Stern only directed one documentary. But “Jazz on a Summer’s Day” is widely considered the greatest jazz performance documentary ever, a 1959 classic that was designated to be preserved as part of the Smithsonian’s National Film Registry.

The film, newly-restored and heading back into virtual cinemas Aug. 12 (stream it through your favorite indie theater), is a glorious celluloid time capsule. None of the grit and grain of black and white or the pixelated blandness of today’s digital. Stern captured one place at one moment in time, and does so with an artful and fun movie shot in the fluid beauty of  motion picture film — Color by Deluxe.

Jazz had already been eclipsed by blues, rock’n roll and folk when the 1958 Newport Jazz Festival rolled around. Blues shouter Big Maybelle and rock progenitor Chuck Berry were on the bill. And when the film was finished, it didn’t figure in the Oscars, didn’t even premiere in the US. Sweden got first crack at it, because jazz hadn’t faded in Scandinavia.

But here are Louis Armstrong and Jack Teagarten, with Armstrong’s “All Stars,” popping through improvisation-rich standards, Dinah Washington taking “All of Me” for a spin, Sonny Stitt and George Shearing and Chico Hamilton and Thelonious Monk leading ensembles through signature numbers.

Mahalia Jackson, O’Day, Maybelle and Washington perform, dressed to the nines in summer wear of a more conservative age — white gloves and in Maybelle’s case, a white tiara to match.

That’s half of the glory here. It’s not just the music, which became a best-selling jazz concert (soundtrack) LP. It’s the look, the feel, the optimism of this moment in time. Integrated audiences sitting (mostly) in rapt attention, men in sport coats, women in hats, performers on stage dressed for the occasion as well. Watching this documentary, you could sense a country of reasonable, smart people ready for any change the world threw at them.

Stern intercuts other summer 1958 Newport, Rhode Island events with the festival stage footage — kids and parents on the beach, bands jamming in the ancient seaside boarding houses (Rheingold beer at hand), a Dixieland combo riding through town in a Beverly Hillbillies jalopy (staged for the movie) or jamming at seaside or on a tiny train at a children’s fairground.  Collectible cars from the “brass automobile” era (pre-1920) toodle down the streets.

And offshore? The sea was filled with sails as spectator boats crowded Rhode Island Sound to watch the lovely 12 meter yachts race in the 1958 America’s Cup — Britain’s “Spectre” vs. America’s “Columbia.”  It was “Columbia” 4, “Spectre” 0, for those keeping score at home.

Stern turned out an important concert film, documenting Chuck Berry at his pre-arrest peak, playing before slack-jawed jazzmen on stage as he duck-walked through “Sweet Little Sixteen,” Shearing losing himself in a bossa nova with his combo, Maybelle blasting through “All Night Long.”

But “Jazz on a Summer’s Day” is a work of beauty in and of itself — gorgeous images, an America at its serene and confident peak, with integrated Newport stages and audiences far from the civil rights struggles erupting in the rest of the country — all filmed and edited into an 85 minute movie that captures both a moment, and the possibilities that moment promised.