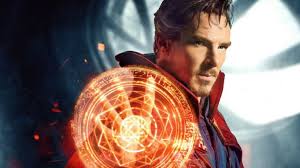 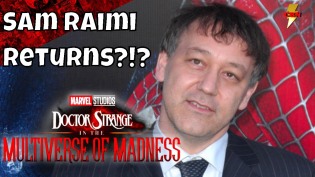 The guy who showed Hollywood and the world all that comic book movies could be, Sam “Evil Dead” Raimi, is stepping back behind the camera for “Doctor Strange and the Multiverse of Madness.”

He directed the best of the “Spider-Man” movies, the 2002 trilogy starring Tobey Maguire and J.K. Simmons and Kirsten Dunst.

This is no doubt good news for Marvel fans, as the studio has shown an awful tendency to save money on “name” and “prestige” directors and hire place-fillers in their increasingly producer/studio “manufactured” “Avengers” sequels.

Raimi, 60, is the elder statesman of a couple of genres, horror chief among them. In recent years he’s been content to produce horror gems like “Don’t Breathe” and remakes of “The Grudge” and “Poltergeist.”

Having him step back behind the camera on a comic book movie is a Spielberg-level event.

“Multiverse of Madness,” starring Benedict Cumberbatch, Elizabeth Olsen, Chiwitel Ejiofor, Benedict Wong and who knows who all, is due out in Nov. of 2021.

Will the Doctor take the wheel of the Vista Cruiser?