Documentary Review: Netflix’s “One of Us” exposes the horrors of escaping Hasidism 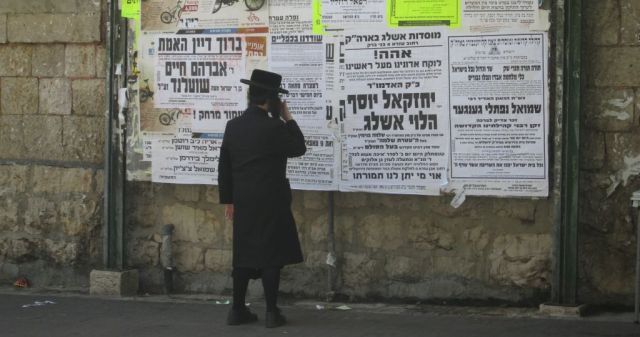 The portrait of the Hasidic community that’s emerged in films paint it as an insular, secretive and virulently patriarchal cult — a combination of the worst theocratic fundamentalism of the Amish, Islam and Mormonism.

Documentaries such as “93 Queen” capture the vicious, bullying pushback Hasidic New York women faced for started a female ambulance service (Hasidic men run their own private ambulances, serving the community). “Disobedience” dramatized women struggling with their sexuality in a culture of arranged marriages and rigid intolerance of the very idea of same-sex attraction.

Netflix’s “One of Us” tries to add something new to the conversation by showing the experiences of three members who left New York’s politically powerful and influential Ultra Orthodox community.

It’s as damning as most such portraits have been, though hardly representative and on occasion, somewhat deceptive.

Ari Hershkowitz was a teenager when he discovered the Internet, which we see Hasidic leaders railing against in public appearances. Stumbling through the world of knowledge — and opinion — there opened Ari’s eyes to options outside the controlling world of his community.

“Wikipedia was a gift from God.”

He didn’t leave Judaism or the city, but he faced shunning by his family and former friends, something he’s young enough to be surprised by (plenty of Internet info on this “circle the wagons” mentality) and naive enough to remain hurt by. In a couple of scenes, we see him insistently questioned by various older men, empowered by Hasidic privilege, in public, about his choice. They wonder how he could have made it.

Luzer Twersky is an actor who talks about “living a double life” after marrying at 19, having two children and struggling in a supportive (clannish hiring practices, financial aid) but suffocating world where he knew he didn’t fit in.

He comes off as superficial and self-absorbed. He’s had roles on “Transparent” and in films But he has no contact with his former life, former wife or children.

The most troubling portrait is the one of Etty Ausch and her struggles against the financial, legal and bullying might of the collective, to gain a divorce from an abusive husband and take custody of the seven children she had in their twelve year marriage.

The connective thread to these “cases” is the organization that tried to help all three — a “survivors” support and assistance organization called Footsteps.

Etty, who attends group therapy meetings and tells her story, and who strategizes with counselor and former Hasid Chani Getter in the film, is their toughest case.

Getter attributes the fund-raising that Hasidic leaders authorized, the stalking and threats (911 calls are heard) and “massive resistance” to her case to an attempt to “make an example of her” tied to the movement’s post-Holocaust “mission” to be fruitful and multiply and repopulate The Chosen people.

Her they hate and they don’t want any other women — watched, overseen and slaves to husbands who demand children — to get the idea they can escape. But they are hellbent on keeping her kids.

“One of Us” veers between the mildly unpleasant experiences of the two men portrayed to the infuriating treatment Etty endures. A team of high-priced lawyers and a stunningly biased judge (we only see court transcripts, and hear no names) are a lot for a woman who never learned a marketable skill, with no financial support, to fight.

The virulence of the legal, social and personal attacks are alarming and are presented as perhaps representative of what a woman has to go through to escape.

But Etty has since come out as gay and told interviewers that scenes of her “with my girlfriend” were cut from the film. Her transformation, post-divorce, includes a buzz cut and lots of piercings and even though we see no signs of a new support system, viewers could run with the assumptions the film invites us to make.

Omitting that detail, given the community’s homophobic reputation, is cheating. 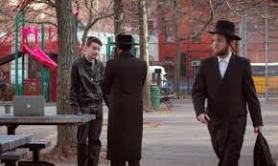 The movie’s narrow focus — just these three and Footsteps counselor Getter – limits the portrait that’s painted and leaves us with questions about its accuracy. Which, it turns out, are justified.

No lawyer could weigh in on what it’s like to face the limitless resources of this community (which is but one of a group of sects labeled “Ultra Orthodox” and “Hasidic”)? No psychologists or outside critics could make the comparison of the born-in-the-18th-century group to religious extremist/fundamentalists in other religions?

These sins of omission weigh on “One of Us,” even though most viewers will have had enough exposure to journalism and other films to fill in some of the blanks.

We expect documentaries to tell us the ugly, unvarnished truth, although that’s generally a futile hope and a goal rarely achieved. In this case, selective editing stigmatizes its heroine and avoids the more interesting wrinkles in the story, which — difficult as it was to tell — feels incomplete.