Netflixable? Give these guys a “Spenser Confidential” franchise 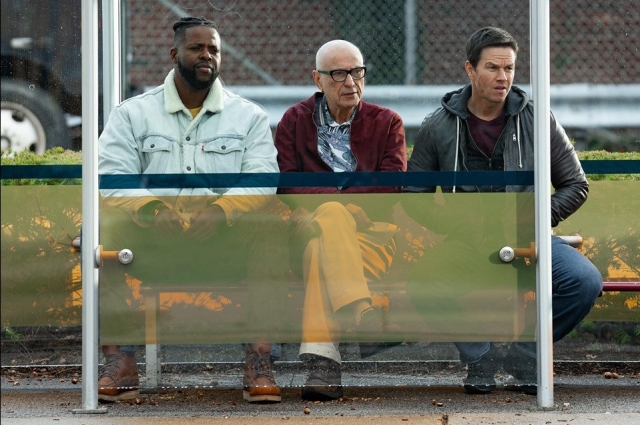 If this is where the Mark Wahlberg and director Peter Berg filmmaking team winds up, making gritty-jokey “Spenser” movies for Netflix, I’m fine with that.

Tone counts for everything in action mysteries like this, and the team that made “Lone Survivor,” “Deepwater Horizon,” “Patriots Day” and the debacle “Mile 22” know each other’s strengths and play to them.

Maybe their movies don’t make financial sense on the big screen any more. Maybe both have lost their fastballs. Maybe Walhberg’s box office is fading away as he approaches 50. That doesn’t mean that Netflix’s deep pockets can’t production value/screen rights/screenwriter their way out of that.

“Spenser Confidential,” an origin-story franchise-starter based on Robert P. Parker’s famous two-fisted Boston detective, doesn’t have a lot of mystery going for it. Logic kind of goes out the window in the still-amusingly-gonzo finale. But they cover the basics and touch all the bases in this brawling, bloody tale of a cop who gets out of prison just in time to clear a fellow cop’s name, and to settle old scores.

We meet the title character as he’s throwing his career away by tossing a spouse-abusing/murder-investigation-quashing captain out into the snow.

Five years later, Spenser is “popular,” so he’s told…in prison. But he needs to get out of Boston when he gets out of the joint. Some guys explain it to him in the prison library.

Spenser’s problems don’t go away outside, either. There’s whatever gang holds a grudge, the cops who remember and hate him, and the vengeful, violent ex-girlfriend (Iliza Shlesinger of Wahlberg’s “Instant Family” bomb).

Good thing he’s got old boxing gym pal Henry (Alan Arkin) picking him and putting a roof over his head. Sure, he’s got to share his room with this “giant” mixed martial artist in training, Hawk (deadpan Winston Duke, a hulking sight gag). He’s got to share his old beagle, too. Pearl loves Hawk.

And Henry’s aged automobile, The River (Buick Riviera)? Well, at least he can use that when he needs it, until he gets on his feet out of truck driving school. Spenser’s got a plan — become a trucker, move to Arizona.

Not likely. Not with cops meeting untimely ends the moment he gets out of jail. Not with that “Southie” accent, either. His old partner (Bokeem Woodbine) may not be much help, but pretty soon, Spenser’s in the thick of it — getting his ass kicked, wearing cuts and bruises he adds to every other scene, brawling his way to some answers.

Berg sets the tone with the first BIG inter-title, stating the obvious about a location — “PRISON.”

The second, “SOUTHIE,” is just as comically subtle.

They hit a classic Boston Irish pub favored by the cops, Fenway for a little “Sweet Caroline,” stage the fights to classic rock’s greatest hits by Boston — from Boston — and Aerosmith, also from Boston.

They joke about how the world has changed while Spenser was in stir. Where’s this surveillance video? In the CLOUD?

It took a long time and a lot of movies with Will Ferrell, but Wahlberg’s got the timing and intonation to make things funny now. I also like the coarse, not-at-all-network-TV-friendly language and violence the character is immersed in here. Spenser feels up-to-date, street-wise.

The psycho-ex-girlfriend stuff is tired, the endless machete attacks by gang members repetitive and all-too-convenient. A gun would have finished the job in a flash.

But as drawn-out as the buildup is, as goofy and illogical as the the finale is, it’s just fun enough to make you think, “OK, that wasn’t a complete waste of two hours. When’re you doing another?”

MPAA Rating: R for violence, language throughout and sexual content

Credits: Directed by Peter Berg, script by Sean O’Keefe and Brian Helgeland, based on the Ace Atkins novel based on Robert Parker’s “Spenser” character. A Netflix Original.