Documentary Review: “Once Were Brothers” remembers the The Band

Posted on January 18, 2020 by rogerinorlando 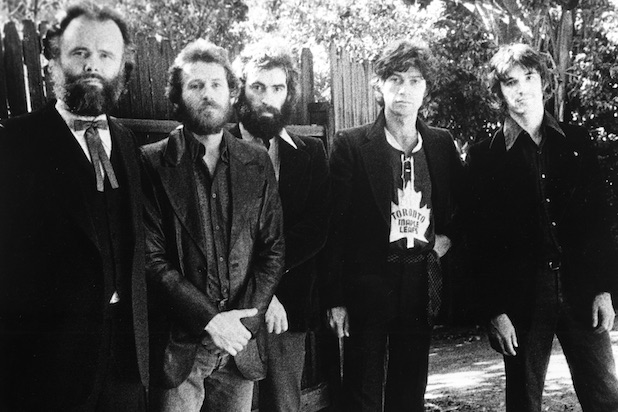 There’s an implied “Gather round, children” to any appreciation these days for the music of the Woodstock Generation. When credible documentaries about the history of house music and electronica exist, when NWA earns a perfectly respectable and quite popular bio-pic, looking back over the nearly half-a-century since The Band played its “Last Waltz” can feel like archaeology, arcane Americana best confined to The History Channel.

But Lord, what a history.

“Once Were Brothers: Robbie Robertson and The Band” is a history of the group that sat at the crossroads of rockabilly and Dylan, Muddy Waters and “Roots Music,” aka “Americana.” It places them at the nexus of mid-century American history and warmly embraces the songs that they made that rendered them immortal.

And if it gives the surviving leader of the group that famously feuded, with members carrying grudges to their grave, the last word — that’s what you get by dying before Robbie Robertson, boys. “Once Were Brothers” takes its title from a recent Robertson song that reminisces about their brotherhood, and is based on the songwriter/guitarist’s recent memoir, “Testimony.”

Oh, and the only woman eyewitness to this history included in the film is Dominique Robertson, Robbie’s wife.

Daniel Roher’s film has heavyweight producers. Martin Scorsese, a fan long before he directed their curtain call concert documentary “The Last Waltz” is one (and appears on camera), and Ron Howard and Brian Glazer’s Imagine Entertainment ensured there’d be money to do it right and attention once it was finished.

So, definitive? Pretty much.

A fresh interview by Robertson and archival interviews by the rest of the group — drummer/singer Levon Helm, keyboardist Garth Hudson, singer and bassist Rick Danko and singing pianist Richard Manuel — take us through Band legend and Band lore.

They formed as a backup ensemble for late-blooming rockabilly Ronnie Hawkins (interviewed here), wrote songs and got tighter and tighter playing gigs throughout the early 1960s, impressed Bob Dylan enough that he hired “The Hawks” as his backup band.

And when they cracked out on their own, the guys everybody in Woodstock, New York knew only as “Oh, they’re with Dylan. They’re the band,” capitalized that label and ripped music out of the hands of the psychedelic ’60s with “a sound you’ve never heard before, but like they’ve always been here,” as Bruce Springsteen put it.

It still boggles the mind that a Canadian of Native American/Jewish ancestry — Robertson — composed the anthem “The Night They Drove Old Dixie Down.” But he did. And that “drunkard’s dream” standard of country bad bands, “Cripple Creek” came from the same place, a songwriter and a band longing for a simpler era, the geography of the Mississippi Delta, earthier music that felt as if it came from another time.

“I got the impression there was a lot of mythology in there,” Van Morrison recalls.

Scorsese heard 19th century American literature in it — a touch of Herman Melville. Others? John Steinbeck set to music.

Robertson takes us to his seminal moment when, nostalgic for a past he didn’t share, he looked at the city of manufacture burned into the inside of his Martin guitar — “Nazareth, Pennsylvania.”

Music changed with “The Weight,” a song that begins with folksy Arkansan Levon Helm’s lament, “I pulled into Nazareth, I was feelin’ ’bout half-past dead.” 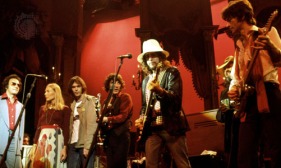 Bob Dylan remembers their appeal, and vintage footage of the documentary about his infamous “Dylan goes electric” tour, “Don’t Look Back,” captures the American and European 1966 tour where every show was amusingly greeted by a chorus of boos.

The photographer for their breakout album, “Music from Big Pink,” remembers how out-of-step with the “Generation Gap” times it was for a rock band to round up parents and relatives for a crowded and warm inside-the-cover group photo.

And we’re given the most credible version of the long break-up that was a long-time coming, the committed and generally “straight” Robertson mystified how his bandmates could binge drink with Clapton and each other, or drink and snort cocaine alone — some even dabbling in heroin.

“I was confused that the guys wanted to play with that fire,” Robertson recalls.

But as tragic as that was (and with all the drunk-driving/pre-seatbelts accidents, it could easily have been worse), that only set the table for making the perfect exit. They gathered up their favorite musicians, who ranged from Joni Mitchell and Neil Young to The Staple Singers, Muddy Waters and Neil Diamond, and took a final bow together with “The Last Waltz.”

All music documentaries are subjective in that they’re the most engrossing to those the most into the music. But for the right fan, Roher’s lovely leafing through musical history will be touching and at times thrilling.

The archival interviews capture even the band members no longer with us at their most lucid, at their fondest for what they’d had together and lost.

As Robertson’s title song, sung in the hoarse whisper of age, goes — “When the curtain goes down, we let go of the past…Once were brothers, brothers no more.”

MPAA Rating: R for some language and drug reference