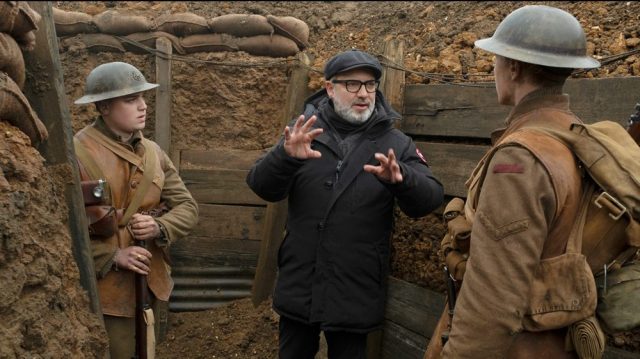 Sam Mendes’ single-take, melodramatic stunt of a Great War movie is blowing up on its first weekend of wide release. It is on track after Friday, and with weekend presales, to clear $32 million, with $35 million a distinct possibility.

Not bad for a movie with “name” supporting players and no-name leads. Canny marketing held it back until after the Golden Globes. Monday, it could get more of a boost when the Oscar nominations come out.

“Rise of Skywalker” is in second with $17 million still projected, “Jumanji” is fading as well — maybe $13 million for that blockbuster.

But third place may go to the recut comedy “Like a Boss.” Tiffany Haddish vs. Salma Hayek is bringing in $14 million, based on a big Friday. That may fall off Sat. and Sunday, but we will see.

“Just Mercy” is opening at a healthy $10 million+, which is surprising for a serious picture that hasn’t figured I awards season. Perhaps that will change Monday when the Academy weighs in.

I was sure “Underwater” would bring in the popcorn pic fans forba little dumb action fun. Either Disney turned its nose up at properly marketing a Fox holdover title, or Kristen Stewart is no draw at all any more. $6 million plus.