Movie Review: What lies on the other side of those “Portals,” eh?

Posted on October 24, 2019 by rogerinorlando 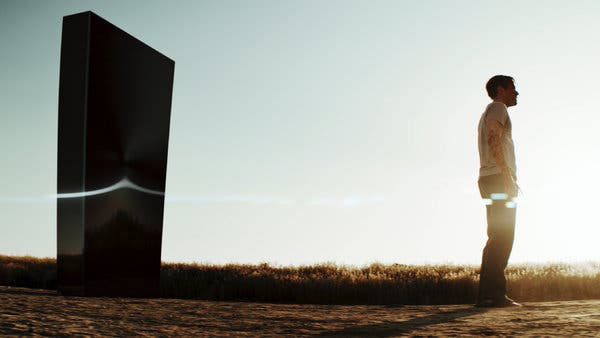 Horror anthologies are nothing new, with “The ABCs of Death” and “VHS” series giving indie filmmakers in the genre a chance to pitch in on a collection of short films, connected by theme.

At times resembling a zombie picture, with a “2001” prop as its centerpiece, it suffers the usual anthology issues of pacing, from short film to short film, even as it feels somewhat more cohesive in telling one basic story.

That story, though? Kind of a yawner.

The gist — a science project to create a “manmade black hole” has gone awry, a framing “mockumentary” debriefing a couple of Brits explains. The global power grid crashed, and these mysterious monolithic “doors” start popping up.

And what did rocker Ray Manzarek say? “There are things you know, and things you don’t…And in between are…The Doors!”

What’s on the other side of these “Portals?”

We follow a family (Neil Hopkins, Deanna Russo, Ruby O’Donnell) as they make a not-that-frightened evacuation. Cities are emptying the world over, for some reason.

Where are they fleeing to? Are they no portals in boondocks?

Adam has no sooner told their little girl (O’Donnell) that “As long as I can see your faces, we’re safe,” when this portal pops up in the middle of the highway through Joshua Tree National Monument, and they crash. “The Other Side,” directed and co-scripted by Liam O’Donnell, is about Adam’s post accident hospital stay, the weird thing that happened to his eye, and his “lone survivor” status, what he saw on “The Other Side.”

What happened to his wife and daughter? There’s something fishy about this “hospital.”

“Call Center,” directed by Eduardo Sanchez and Gregg Hale of “The Blair Witch Project,” goes to a 911 center just as this event is happening. Panicked callers want to know what’s going on, what they’re seeing and if they should be afraid.

When a portal opens in the center itself, some will be invited through, others blocked, and the more impressionable will hear voices and get instructions on forcing others through. The panic outside now comes into the center with them, as violence and desperation to reach their own loved ones puts employees in conflict.

And in “Sarah,” two sisters in Jakarta, Indonesia (Salvita Decorte, Natasha Gott) are bickering over who’s pregnant, who just lost a baby and who is having a rougher time of it when the lights flicker, the portals appear and SOME Indonesians go Full Zombie as a result.

This is the action-filled third of the film, although the head-exploding bit turns up in one of the other two threads of the story. 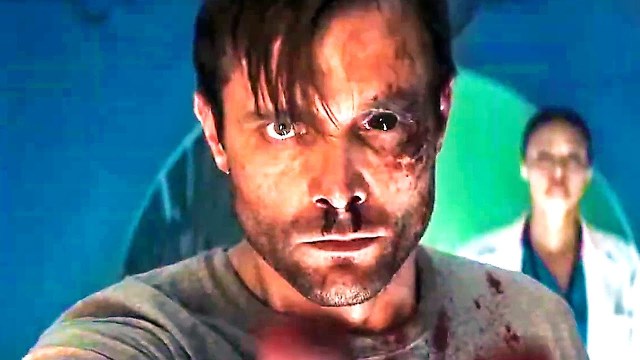 Cutting back and forth between stories implies suspense will build in each story as the ramifications of this “event” unfold. There’s a little of that in the call center, a middling reach for paranoia in “The Other Side” and amped up action in “Sarah.”

But the choppy structure, different directors with seemingly no clear role of the function their segments should serve — each building on the one before, suspense-wise, would be nice — and the diffuse nature of “the threat” rob this anthology of urgency, menace and, well, coherence.

We can’t follow any story long enough to connect with the characters and invest in their plight.

But the whole doesn’t answer any questions, not that it asks any interesting ones in the first place.