Movie Review: Nivola is lost in his own head in “Weightless”

Posted on November 3, 2018 by rogerinorlando 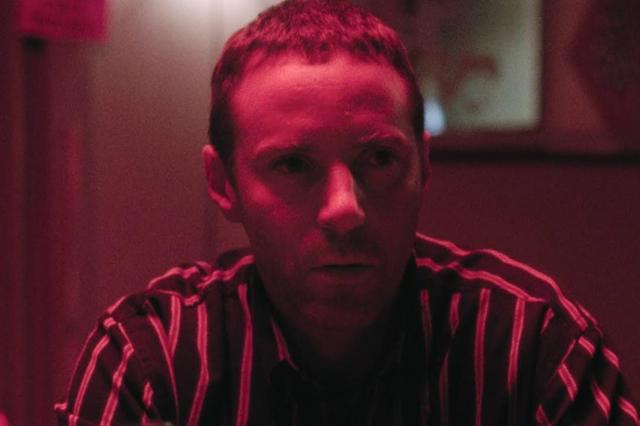 “Weightless” is a downbeat, off-his-meds dip into magical realism, a somber drama about a guy wholly unfit to be a full time father put in charge of the son he’d never met.

It won’t be to every taste, but director Jaron Albertin’s cryptic, quiet and intimately suspenseful film paints a vivid portrait of a broken life trapped in denial and the fragile child we fear for the moment “Dad” gets the call from his ex sister-in-law —
“Your boy. Not my responsibility, he’s yours.”

Alessandro Nivola (“American Hustle,” “A Most Violent Year”) is Joel, and his introduction is as mysterious as it is alarming. He’s stumbling out of a lake in upstate New York, punching rocks on the shoreline in an outburst of impotent rage.

He drives trucks and bulldozers at the Fulton County dump. He’s just set up housekeeping, a dump that he puts a TV and mattress into, that his been-around-and-everybody-knows-it girlfriend Janeece (Julianne Nicholson, a marvel) adds a goldfish to.

Then Joel gets the call. His ex-wife Sarah disappeared — ran off. Her sister (Siobhan Fallon Hogan) is done with the kid. Will (Eli Haley) is obese, diabetic and all-but-mute. Mom running off was a trauma he’s never overcome, and his shrewish aunt has had enough.

Joel has been ignoring the meds and the counsel of his doctor (K. Todd Freeman, quite good), and you can see the doctor’s “A ten year old boy needs looking after” advice ignored as well.

Joel’s boss, played by Johnny Knoxville in a compact, compassionate and earthy turn, gently hits this “special” employee with simple, practical questions which the spacey Joel never considered. “He in school? Got his medical records?”

Joel has childlike qualities himself. He’s responsible enough to show up at work on time every day and do his job, utterly clueless about childcare, disconnected and knowing any better. We fear for the kid and seethe at Joel’s idiotic response to having a boy under his roof.

Will? He’s used to solitude, envisions himself through the eyes of a bird he spies over the dump, peering down at them and the ruin and unspoken tragedy and pain all around them. He sits with a bag over his head, fondles his Littlest Pet Shop fish toys and watches the same video, over and over again.

That video will take your breath away and break your heart.

Nicholson (“I, Tonya,” “Black Mass”) gives Janeece this brittle but warm bottom line bluntness and nurturing instinct that brooks no nonsense, doesn’t wait for explanations and reaches out to the kid before Joel can alibi his way out of not having met a child he’s known about since birth.

“You’ve been carrying around his name, and you wouldn’t even visit him?”

“Weightless” gives us glimpses of hope as we realize Will can talk and will — but only to peers, at first. Carla (Phoebe Young) is the only neighbor kid in redneck bullytown to be nice to him.

Nivola and the screenplay give us hints of Joel’s issues, his personal pain. There’s impulse control and bottled up rage (he collects old pop bottles he finds at the dump), drifting through the oblivion inside his head, avoiding any contact that could put him in conflict.

Albertin keeps the camera close on his stars and lets them speak volumes with their eyes. A tearful breakup is seen, not heard, through a kitchen window, a child teeters on the brink of having one life-altering or ending accident while his dad aimlessly drifts here or is distracted or waylaid by a passersby there.

Frankly, Albertin, whose story Enda Walsh turned into a script, needs to tell us more, put more of what’s going on in the open where it’s easily understood.

But the mystery, the drift of “Weightless” still makes for a captivating indie film experience, tension without melodrama, mistakes with consequences, a world where people are facing the future and accepting responsibility even as Joel, and his chip off the old block kid, live in denial of it.