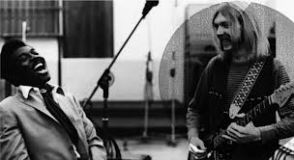 “Now Muscle Shoals has got The Swampers,” Ronnie Van Zant sang on the Southern Rock anthem “Sweet Home Alabama.” “And they’ve been known to pick a song or two.”
For many, it was the first time they’d heard of Muscle Shoals, Alabama, or the studio band that made first Fame Studios, and then the competing Muscle Shoal Sound Studios legendary locales in American music.
This dinky little berg on the Tennessee River was the home to musicians, producers and studios that launched everyone from Aretha Franklin to the Allman Brothers, Percy Sledge to Jimmy Cliff. Everybody who was anybody in music from the ’60s through the ’80s did transformative work there. And even today music’s best and historically brightest make the pilgrimage to the little town on the Alabama/Tennessee state line to record and soak up a little of that gritty, funky “Muscle Shoals Sound.”
Director Greg “Freddy” Calimier” cleverly saves the “Sweet Home Alabama”anecdote for the closing credits of “Muscle Shoals,” his elegiac, picturesque documentary about a place that rivals any in North America in its importance to popular music, then and now.
“Muscle Shoals” tells the hard-luck life story of Rick Hall, a poor sawmiller’s son who discovered Percy Sledge and changed the world when he recorded “When a Man Loves a Woman.” The film sketches in how Hall founded Fame studio amid the kudzu and cotton fields, and focuses on the local white boys he turned into a backing band for the ages, the fabled “Swampers” immortalized in the lyrics of “Sweet Home Alabama.”
“You never knew when you were making history,” backup singer Donna Jean Godchaux says. But they did, quarreling with Aretha Franklin’s entourage even as they improvised and scratched out “I Never Loved a Man” and turned her into a legend with a single track. 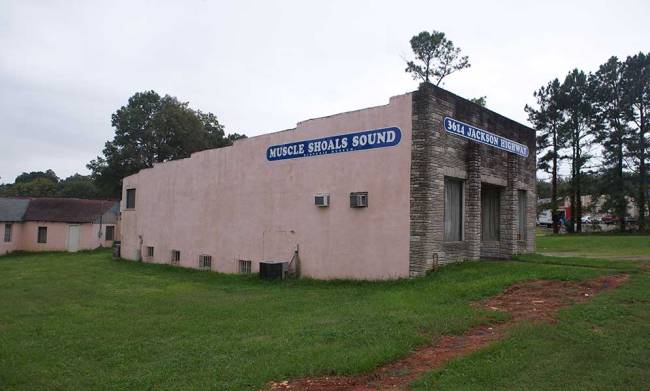 The band was funky, and “all funky was, was we didn’t know how to make it smooth,” drawls drummer Roger Hawkins.
Wicked Wilson Pickett weighs in on how the brittle interplay between black singers working with white musicians in the Deep South created “Land of 1,000 Dances” and “Mustang Sally,” and Aretha herself acknowledges that her time there was brief, but the key moment in her career.
Then, as the film details, just as Fame Studio reached its peak, the house band upped and moved across town, setting up Muscle Shoals Sound Studio and giving the martyred perfectionist Rick Hall competition. Southern rock was born there. Hall, meanwhile, turned the Osmond Brothers into platinum record superstars, always evolving with the music.
No music documentary is complete without rock’s reigning poet-historian Bono showing up to connect music to river towns and declare that in this sound, “we felt the blood in it. It’s like the songs came out of the mud.”
Hip hop may be wandering into middle age and looking back on its own history, and rock history curdles into sentiment in films like this one, “The Wrecking Crew”, “Sound City” and last summer’s wonderful background singers doc, “20 Feet From Stardom.”
But to fans who know the tunes by heart, hearing their history is never less than thrilling. And if you’ve heard that line about “Swampers” and never new who they were, you should. They have been known to pick a song or two.