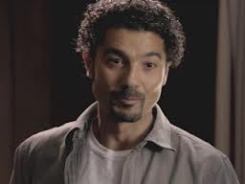 The bar has been raised in the “uplifting” immigration drama just enough that you’ve got to try harder and show more than “This worthy soul from Norway/Guatemala/Vietnam/Albania went through X, Y and Z to get to this country.” That tale is tired.
So “The Citizen” throws us this curve ball. Suppose the kindhearted, handsome foreigner who only wants the chance for a better life in America is a Muslim from Lebanon. Suppose the day he gets into the country, thanks to its then-lax “Green Card Lottery” rules, is Sept. 10, 2001. How might that complicate a fairly cut-and-dried storyline?
Not enough.
Egyptian star Khaled Nabawy is Ibrahim Jarrah, who tells a little white lie to the customs guy as he hopefully shows off his Green Card application and enters the United States. His cousin was to meet him at the airport, but doesn’t. No worries.
Within hours, he’s made a new friend — helping a lovely American woman (Agnes Bruckner) whose junky boyfriend has gone berserk on her at the Brooklyn hotel they’ve all checked into. As awkward as that situation is, they still manage to “meet cute.”
“Lebanon, that’s Qaddafi, right?”
“That would be Libya.”
“So, you speak Persian?”
“That would be Iran.”
Diane shows him the sights, in return for his help. They make plans to hang out some more, only to wake up to a radically different world the next day, September 11. Ibrahim, who comes off as a “That can’t happen,this is America” idealist, is caught in a roundup of Middle Eastern folks who recently entered the country. That’s where his white lies got him.
But Diane keeps asking about him, despite having just met the guy and despite his decision to keep this as platonic as possible. And when he gets out, she’s there to help him find work and hunt down his American dream.
Since the first scene in “The Citizen” is in a courtroom where William “Die Hard” Atherton is facing off with Cary Elwes to decide Ibrahim’s fate, we know that his challenges and tests are far from over. He befriends a homeless guy, who robs him. He intervenes when skinheads mug a young Jewish guy, and winds up in the hospital.
By the time we reach the third act, which is where the trial we’ve been teased plays out (at great, boring length), “The Citizen” has exhausted its supply of immigration cliches and our patience.
The most moving, most chilling scenes in it are actual 9/11 footage, the clouds of ashes descending on everyone in lower Manhattan that fateful day. There’s nothing concocted by this script and the filming of it that comes close to those moments.
The rest of the film is simply a shrug, not a hint of emotion, little to suggest Ibrahim’s fervent desire to be here, nothing to stir us with his apparently dispassionate idealism.
With America debating immigration reform — Who should get in, and why, and “How many is too many?” — that automatic sympathy for someone who wants to be here is not enough to make “The Citizen” pass muster.

4 Responses to Movie Review: “The Citizen”