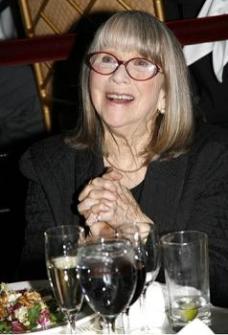 Julie Harris collected six Tonys and more than a few movie anecdotes over the course of her long, storied career. She acted opposite James Dean in “East of Eden,” and told great stories about what a camera hog and fussbudget scene-stealer he was, busying up his acting with mannerisms so that no eyes would stray off him in a two shot.

She shot a couple of TV movies in Orlando in her later years — “The First of May” and “The Way Back Home” — and I got to meet her – delicate, fragile in her 80s, but you got the impression she’d been like that all along. And very sweet.

She did these movies — Paul Sirmons produced them, co-productions with Valencia College’s student film program — for a song, just to work and help the students by letting them experience what a real movie set was like.

“The Way Back Home” had her working with another legend, Ruby Dee. Classy ladies, both of them. And actors to the very end.