Quentin Tarantino made her the most famous stunt woman alive. But Zoe Bell, now 34 and years removed from her breakout in “Grindhouse,” is looking beyond the tumbles, crashes fights and falls.
Even though “You’d be surprised how many people actually do this to a ripe, old age,” she’s concentrating more on the acting thing these days. She has a supporting role in the new Tom Cruise sci-fi film “Oblivion.” And she’s both producer and star of “Raze,” a two-fisted genre thriller about kidnapped women forced to fight to the death that has its premiere at the Tribeca Film Festival April 21.
For “Raze,” she liked the challenge of finding that “visceral” place that would “make a woman want to kill. Because I don’t think it’s in our make up.” And she liked trying her hand at producing, “at being in those meetings, having a voice in the big decisions. When I’m a stunt woman on a movie, I’m strictly a ‘Yes sir,’ girl. They ask, I find a way to do it. But acting puts more in your hands, and producing gives you more control still.”
“Oblivion” was a straight acting job, the chance to be a face in a big budget film “even though we stunt people kind of like the anonymity of our work.” She was overwhelmed at the scope of the sets, and star struck. “First time Tom Cruise came on the set, I heard him before I saw him. And I was like, ‘I’ve known this guy since ‘Risky Business.’ Only I don’t know him. Everybody called him TC. I tried it once, but I just couldn’t.”
Bell grew up in New Zealand, training first as a gymnast and then as a martial artist. When the TV series “Xena: Warrior Princess” arrived to begin production, Bell found her calling. She’d double Lucy Lawless in the fights and falls. She’d become that rare stunt woman in film.
A documentary featuring her titled “Double Dare” was made, and Quentin Tarantino came calling. He started “training me to be an actress in ‘Kill Bill’ (she doubled Uma Thurman), asking me questions about motivation, ordering me not to take acting lessons.” When “Grindhouse” (2007) came along, he put her on camera, acting, fighting and clinging to the hood of a speeding Dodge Challenger, a movie that was “Tarantino’s love letter to Zoe Bell,” says Tim Anderson of the horror fans website Bloodydisgusting.com. Suddenly, Bell was famous.
The acting jobs have turned up, here and there — a lot of them like “Hansel & Gretel: Witch Hunters” — she’s in heavy makeup and costume, and she’ there to take a beating. “The most challenging thing I’ve ever done,” she says. 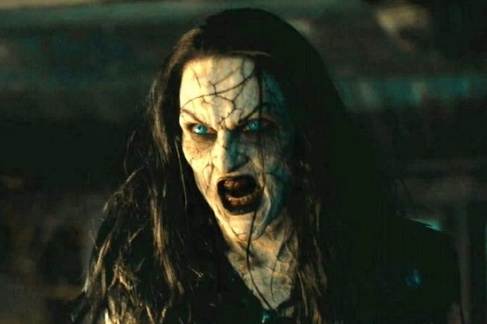 Injuries? Only two “soul searching ones,” she says. The first, a back injury on “Xena” when she was 19 taught her that “I’m not invincible.” The other, breaking her wrists when she was shot out of a trailer in an explosion in “Kill Bill.”
“For a year, I couldn’t crawl.”
She says she’s learned what her limits are (“No motorcycle stunts.”) and hopes that even as she branches out into producing and acting, that she’s overcome the worst fear facing anyone working in Hollywood, in front of or behind the camera.
“It’s always scarier saying ‘No.’ As an actress, I can say ‘Yes’ to more. But sometimes, as a stunt-woman, I have to say ‘No.'”