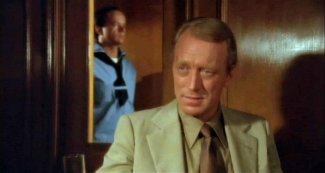 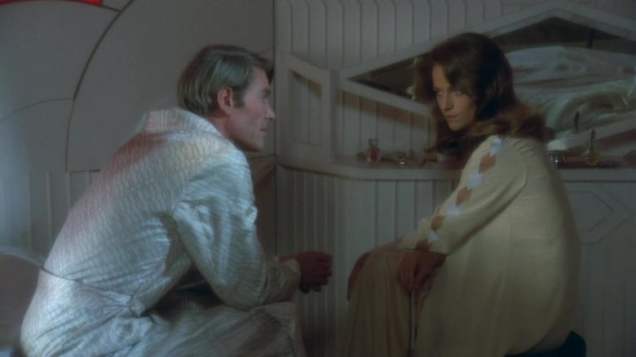 There was a time, children, when movie stars were truly larger than life, when deals could be made from hungover breakfast meetings at Cannes and when the movies that emerged from that “system” were as appealing as afterbirth, and about as marketable.

In the glorious last years of that “process,” Great Names such as Sellers and O’Toole, Sutherland and Burton waged an unofficial war to see who could make the most “unreleased” or “unreleasable” debacles.

Indie cinema was barely a thing, Hollywood hadn’t figured out the new “blockbuster” business model and thus the only thing anybody figured was bankable was the star, the “name” that would-be financiers recognized. We’ve seen versions of this outdated hustle when CBS Films, STX and others started up.

“Get me JENNIFER LOPEZ!”

“Foxtrot,” or “The Far Side of Paradise,” came just after Lina Wertmüller’s “Swept Away,” and one can hear the Spanish-accented, booze-fueled/judgement-impaired pitch just in its premise.

Romanian royals dash off to a remote, deserted isle just before World War II starts, a “paradise” where they and their kind can dine, drink and dance the “Foxtrot” while the peasants cope with the world burning down around them back home.

Human nature being what it is, cruelty, stupidity, sexual jealousy and violence are what they get instead.

Peter O’Toole is the Romanian count who masterminds this extended sojourn. Charlotte Rampling is his regal, scheming wife, but not his first wife. Max Von Sydow is the Swedish military man who schooled the Count, way back when, and now makes the logistics of this dubious enterprise work.

And Jorge Luke is Eusebio, the immaculately attired and gloved butler who oversees the drinks, the meals and whatever else is needed in the lavishly tented “paradise” they set up for themselves.

No, none of this seems feasible or adds up logistically. But that’s not the point.

In my mind, the pitch to the stars that won them over was a Mediterranean working vacation — somewhere in the Italian isles. But no, this was filmed on the rocky Pacific coast of Mexico.

Other guests arrive, the wildlife on the island is slaughtered for sport, “accidents” happen and “marooned” enters the conversation.

“Looks like we’re staying here the rest of our lives.”

Rampling is gorgeous and mysterious, O’Toole somehow gives us nothing and Von Sydow is competent, and little more, all of them acting out a repellent story that offers little and no one to connect with.

Mexican director Arturo Ripstein is still with us, and still doesn’t have a credit that’s broken through, internationally. Rampling still works, The late Von Sydow made too many great films for this one to matter at all and the late and great O’Toole, after his “My Favorite Year” comeback, had a nice Third Act run of performances that led to an honorary Oscar.

But “Foxtrot?” O’Toole’s character, recoiling at one of the home movies the swells sit down to watch over port and cigars, gives the best review.

“But I BURNT that film!”