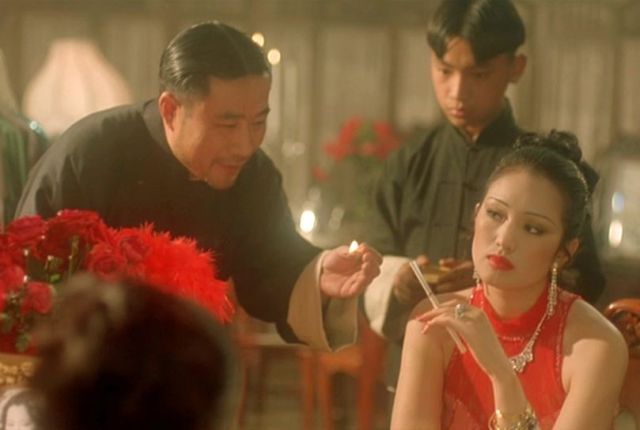 The sweeping title “Shanghai Triad” always promised a more epic film than the great Zhang Yimou gave us. But this intimate, ornate and melodramatic gangland tale has glories all its own. And while Zhang was the master of scale in such epics as “House of Flying Daggers” and “Hero,” it’s the smaller scale and more romantic films which burn into the memory — “Ju Dou,” “Raise the Red Lantern,” “The Road Home” and “Coming Home” among them.

Based on a novel by Li Xiao, it is a lovely if somewhat airless melodrama of competing mobsters, mob wealth, Western decadence and betrayal in the Shanghai just before the Japanese invaded.

Young Shuisheng (Xiaoxiao Wang) looks to be about 13 as he arrives in the city, summoned by his Uncle Liu (Xuejian Li) to join the household staff of “The Boss” (Baotian Li) and leader of their Tang clan.

Shuisheng is “bumpkin” enough to not know what a telephone is, to have never seen a cigarette lighter. He is our eyes and ears as Uncle Liu and others explains this strange new life to him, and to the audience.

He’d better be a quick learner, because he’s to be the manservant to the boss’s mistress, the beguiling Bijou (Gong Li), chanteuse at the boss’s swank, Western style night nightclub. She’s a diva, an imperious bully and a manipulator.

“When she speaks to you,” he warns (in Chinese with English subtitles), “look at nothing but your shoes!”

She is jealous of “The Boss,” but stepping out on him with a much younger gangster from a rival mob (Chun Sun).

Over the course of an eventful week, the kid will catch her costumed, chorus-line-backed act in the club, endure her temper, get a glimpse of a mob execution and see the bloody aftermath of an attempted assassination.

He, like everybody else, deals with the caprices of “Miss,” and grows instantly devoted to her even as he suffers her wrath, and then is dragged to a hideaway island where she, The Boss and “The Boys” lay low waiting for the head man to recover from his dagger wounds and plot his revenge. 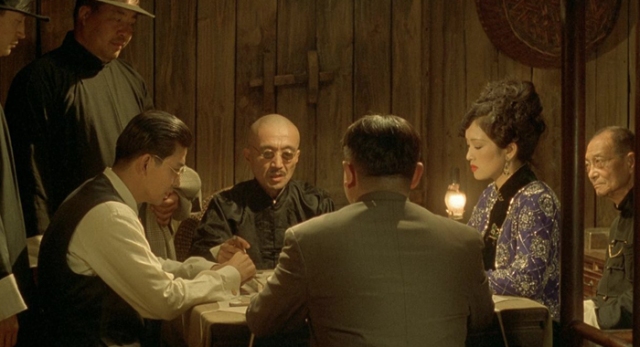 There’s a brittle quality to Gong’s performance here, perhaps reflecting the end of her seven-film-long romance with Zhang. They’d work together again, but even the scripted moments of warmth, Bijou softening as she sees the consequences of her callousness, come off chilly.

Zhang gives us lavish and dreamy night club scenes that rival the over-the-top decor and entertainment of big budget fantasies set in this era with similar scenes — “Indiana Jones and the Temple of Doom” and “Victor/Victoria.” Watching the rich clientele, the size of the jazz orchestra and long, leggy line of costume-changing chorines accompanying Bijou in this glittery ballroom, one can’t help but wonder at the cover charge it would take to make money off this.

The intrigues are intriguing enough, but the film makes us wait for its final act on that tiny, primitive island to trot them out. And the finale leaves more to be desired than it should.

Still, this is Zhang at his peak — twenty years before the horrors of “The Great Wall,” working with his muse (Gong Li will be seen next in Disney’s “Mulan”) and showing off a China that the Communist oligarchs would eventually come to emulate — of Western style luxury and opulence, and the casual, business-as-usual corruption that helps one acquire it.

MPAA Rating: R for some language and images of violence

Credits: Directed by Zhang Yimou, screenplay by Feiyu Bi, based on a novel by Li Xiao. A Film Movement virtual re-release.