Netflixable? Brother opposites struggle for the soul of a sibling in the French thriller “Street Flow (Banlieusards)”

Posted on October 18, 2019 by rogerinorlando 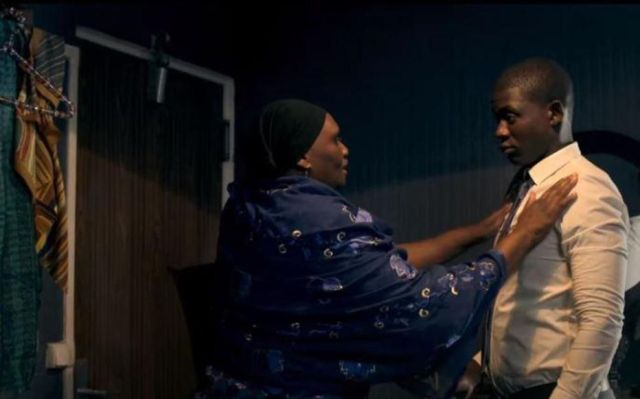 Everything about “Street Flow,” a coming-of-age parable about two brothers wrestling over the future of a third sibling, is familiar.

The young men are black. One brother is a gangster, the other in law school. The “kid” they’re trying to help raise is their youngest sibling.

And their long-suffering mother is caught, like the kid, in the middle of this. Hollywood has pounded this theme since the beginning of cinema, in urban dramas, Westerns, the works.

The twist in “Street Flow” is the setting — Champigny-sur-Marne, outside of Paris — the language (French) and the framework and overt politics of the struggle. That makes this tried and true formula work reading a few subtitles and watching.

Co-writer/director Kery James is Demba, the eldest, the brother who “made good.” He drives an Audi SUV, impresses the teens when he drops baby brother Noumouké (Bakary Diombera) off at school.

But there’s a reason their mama (Kani Diarra) wants nothing to do with Demba, and wants her youngest to stay away from him. Demba runs a drug gang and is always mixed up in something violent. The middle brother, studious law student Souleymaan (Jammeh Diangana) is the one who has to keep reminding Demba to stop stuffing cash into the kid’s mitts. The last thing they want is for the kid to act tough, act-out and get in trouble, like Demba.

“Act like me?” he protests (in French, with English subtitles). “You and Mom are always saying that…Life is about making choices. He does what he wants!”

That gets Noumouké suspended from school for fighting, trying to impress a girl. And that’s the last thing Souleymaan needs as he’s prepping for a big law school debate with the “blonde bourgeouis” Lisa (Chloé Jouannet). 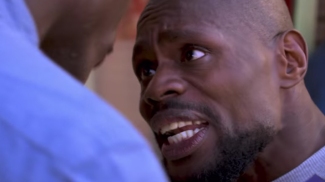 I’m not kidding when I emphasize how worn and over-familiar the storybeats of this “struggle for the kid’s soul” are. There’s the hothead in Demba’s gang who is sure to start something, betrayals in the offing, a kidnapping, the tit for tat war that escalates around their housing projects, Moma crying over the uncertain fate of her Malian immigrant children.

The tentative romance between Lisa and Souleymaan is just as predictable.

But what’s novel here is how the debate, which we see them practicing for (speaking their arguments into their phones, etc) interspersed with examples of what the subject they’re debating is.

Resolve — that the problems of French colonial citizens, crime and lack of opportunity, racism and poverty, are the fault of The State. Or The State isn’t to blame. The latter is the side Souleymaan must argue, even as he sees and experiences the exact opposite every day.

He wears a white shirt and tie every day, and damned if the thuggish cops don’t roust him, call him “Sambo” and bait him.

The path to wealth Dembo took is the one that most readily presented itself to him, crime — a criminal serving drugs to his neighbors, who crave them.

The film’s climactic debate is the best thing in it — witty, with sharp edges that cut as the two might-be-lovers get personal in their attacks.

The rest of “Street Flow” — the French title is “Banlieusards (Commuters)” is as generic as its title. Good acting or not, the scenes are tropes that the cinema wore down to the stump before any of these players were born, much less old enough to “commute.”

Credits: Written and directed by Kery James and Leïla Sy  A Netflix release.