Posted on October 17, 2018 by rogerinorlando 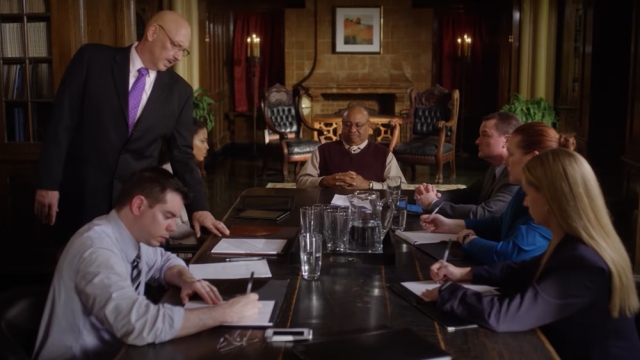 It was as ghoulish a trial as you could possibly imagine.

Federal and local agents raided a Philadelphia “pill mill” clinic which was sending oxy, Xanax and other prescription drugs out the door and across state lines, and discovered a cat-and-flea infested dump filled with garbage, medical waste and fetuses.

At least one woman had died there, seeking to terminate a pregnancy. Untrained staff were putting patients under, administering drugs to induce abortions, reusing unsanitary medical instruments and packing fetuses in the fridge next to the milk. And the chuckling doctor in charge complained of a “dispute with our medical waste” disposal service.

Dr. Gosnell had started out callous and worked his way all the way down the scale to greedy and didn’t give a damn any more. Here’s the Wikipedia page on Dr. Kermit Gosnell.  Yes, this really happened and the pigsty he treated people in, the lax oversight and careless disregard for hygiene and general incompetence spread to his home life, a vast cluttered house full of money envelopes, real estate records (his favorite investment), which the police raided after they discovered the horror show that was his clinic, it’s all pretty much as we see it in “Gosnell: the Trial of America’s Biggest Serial Killer.”

As the police and DA’s office familiarized themselves with an operation the state authorities and medical establishment had chosen to look away from — a “necessary” service seems to have been the talking point — they discovered that Gosnell had been terminating pregnancies after the legal 24  weeks, that his means of ensuring the fetuses weren’t viable were more macabre than clinical, they went after him as “The most prolific serial killer in American history.” The press picked up on that hype.

The facts are established and in plain sight. The “politics” of how he got away with it and the patriarchal efforts to “control” women by banning abortion murkier, the morality of the procedure, science of abortion and the code of silence of  the medical community, the racial undertones of the story and the shrinking press corps’ limited interest in it less clear.

Not in character actor turned director Nick Searcy’s film, anyway. When the detective the film puts into most every scene and conversation (even lobbying the judge running the grand jury), played by Dean Cain, crosses himself repeatedly and complains that the press “lies constantly,” when the DA (Michael Beach) and that grand jury judge declare “this case isn’t about abortion” for apparent political reasons, when the Assistant DA (Sarah Jane Morris) looks lovingly into the faces of her brood and says “I have five kids, what do I know about abortion?,” Searcy is making his intentions clear.

This is anti-choice Catholic-backed propaganda. A monster like Gosnell was a gift to the Repeal “Roe vs. Wade” crowd. The heinous sloppiness of it all may be reminiscent of TV’s “Hoarders,” or the infamous Tri-State (Georgia) Crematory scandal, bodies dumped hither and yon in violation of the law, common sense and common decency. But we never get into the psyche of the man as the film focuses narrowly on the case and its grimly detailed trial. The filmmakers are much more at home implying “They’re ALL like this.”

No, they don’t show photos of the victims of this procedure in the movie. This “Silent Scream” for the new millennium gives a website address in the closing credits where you can go and be shocked.

The movie intentionally ignores the simple fact that women were flocking to Dr. Gosnell’s clinic for abortions, shies away from the “Handmaid’s Tale” future where abortion and birth control come back in line with Catholic dogma. It’s content to keep an implied sneer when we hear, in court, that some women were “repeat customers.” What happens to women without access to birth control?

The morality here is, as the defense attorney played by Searcy himself (the film’s best performance) suggests, showing gruesome photos of something the public at large accepts but refuses to set eyes upon, and letting those grisly images make your case for you.

Yes, and the terror, pain and blood of childbirth, shown in all its glory, is the best birth control and a camera inside an abattoir recruits vegetarians.

The facts of the film are solid, but the tone — provided by the also-rans of the cinematic right — Janine Turner of “Northern Exposure” is a hypocritical abortion provider, Mr. and Mrs. Kevin Sorbo are listed in the production credits — strips the film of any sense of objectivity. Everybody, from defense attorneys side-eyeing Gosnell (Earl Billings) to the juror who wants to introduce her little girl to the DA, sees this in the simplest terms.

That’s what propagandists call “The Band Wagon Effect.” It’s the “Since everybody thinks the same way we do, why debate it?” lie. No, everybody doesn’t.

How does “Gosnell” work as a movie? It’s mostly a court case, rather dully shot and flatly acted (save for the committed and theatrical Searcy). After the initial police raid, the movie meanders into lingering shots of the ADA thinking and moralizing (implied) in static scenes with her family. The energy of the picture is spent on thinly-veiled condemnation of Gosnell’s sick callousness, his greater concern for his “endangered species” pet turtles, playing his concert piano in his cluttered home as the police collect evidence.

As much as he asserted “I’ve done nothing wrong,” he had to know the same was up and that his piano playing future was about to be limited.

The implication, of course, is that “They’re ALL like this,” and the fact that he’s a black man made the case a political minefield for the same reason Clarence Thomas hasn’t been impeached for lying to Congress to get on the Supreme Court.

It’s a movie finding its audience, but as nakedly obvious as its message is and as limited as its shock/entertainment/outrage value might be — the empty seats in the press gallery of the trial suggest “the real enemy” — “Gosnell” isn’t likely to change anybody’s mind.

It was filmed and financed in that oasis of cinema and free thinking, Oklahoma, and not screened for critics. So all those web claims that “the media is ignoring the movie” have to be taken with a grain of salt, too. It made $2 million on 643 screens over two weeks, and lost screens — not through a “conspiracy,” as the wingnut media would have you believe — but because who wants to see a B-movie on this subject?

It’s a snoozer preaching to the anti-abortion choir and any effort beyond telling them what they want to believe was not an effort the screenwriters, producers or Searcy chose to make.