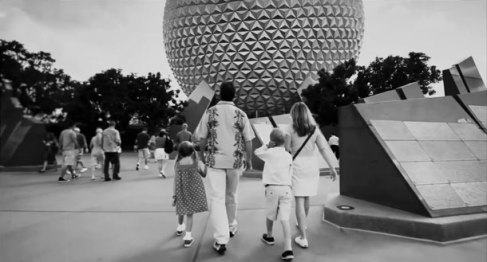 Randall “Randy” Moore got the Disney bug early. The son of divorced parents who grew up in Chicago, he’d spend summers with his dad, in Winter Park, Fla., just outside of Orlando.
“I’d get off the plane,” Moore remembers, “and we’d drive straight over to Disney’s Polynesian Resort and hop on the Monorail into the park. We spent most of our time in EPCOT, in that vision of the future.”
Those Disney World visits stuck with him, “but more as paternal memories” he says than Memories of the Mouse. Not all of them good. Then, years after his relationship with his father grew strained, Moore came back to Disney World as a parent himself. Seeing things from that point of view inspired his surreal take on the Theme Park Weekend from Hell — “Escape from Tomorrow.”
“The idea for my movie came from those trips there as a child, with my father,” Moore, now 37, says. “As a parent, I came to appreciate what my dad went through.”
Moore decided to make a movie at Disney World about one family’s nightmarish visit — a film with heated arguments, broken dreams and sexual misadventures, badly behaved kids and a corporate conspiracy. No way Disney would go for that.
“It is better to ask forgiveness than to ask permission,” as the old saying goes, and that became Moore’s credo.
“I didn’t feel like they’d give us a permit to film there. So, we just did it.” “Escape from Tomorrow” became the ultimate act of guerrilla filmmaking. Just a tiny cast and crew, conventional, off-the-shelf cameras, a collection of Disney World annual passes and a lot of invention and patience and they’d shoot their movie, out in the open but on the down low, without Disney knowing about it.
“It wasn’t like we were sneaking special equipment into the park or disrupting patrons there. We had the same cameras that a lot of tourists bring into the park…We respected the signs that said ‘No flash photography’. We were just a small group of people who just came in, went to our locations, filmed, got what we needed, and left.”
Planning was paramount. Moore didn’t want “found footage” (“Blair Witch” style shaky cameras) or a “home movie” look. So they shot in black and white and worked out ways to make the camera look locked down and cinematic even when they were capturing the family boarding the monorail or It’s a Small World ride. A blown take — a missed line or botched focus or framing in the camera — meant getting everyone to the back of the line and waiting for the next monorail or Thunder Mountain train.
“Cast and crew rode those rides ten, eleven times to get the take right,” Moore says, laughing. “We probably rode Small World 25 times, just me and the camera guys.”
They filmed in a hotel room at the Contemporary Resort. For some scenes, “where I wanted more control, more time to work with the actors on performance,” they shot footage without actors which was then used as backdrop for the cast, which acted in front of a special effects green screen.
And through it all, Moore, a filmmaking alumnus of Winter Park’s Full Sail University, maintained strict secrecy — never getting caught or even asked what he was doing. He took “Escape” to Korea for editing and post production work.
“It’s a tiny, surreal indie black and white movie that I figured would exist in the festival circuit and maybe lead to bigger and better things,” Moore says. He never heard from Disney. No threats. No complaints or compliments, either. Not even when he sold the film for theatrical distribution. It goes into limited release this month.
He can thank critics for that. At Sundance, “Escape from Tomorrow” was hailed as “wholly original” (IndieWire) and ” a great gimmick-dependent story and a remarkable piece of filmmaking” (Film.com).
The experience of making the movie, spending all that time in the theme park, gave Moore a new appreciation for Walt Disney’s vision. The “American rite of passage” that visiting a Disney park has become, fans reacting to attractions in the parks “with an almost religious awe,” suggests that “what Walt built has transcended ‘theme park’ and become this magical tradition, passed down from generation to generation.”
And that’s why he just had to make his movie there.
“When people think about America, they’re not thinking about the Statue of Liberty or the White House,” Moore says. “Well, maybe they are. But Cinderella’s Castle is a close second.” Moore wanted that icon, that classical American vacation, as the jumping off point for one father’s warped, and wholly atypical experience of “The Happiest Place on Earth. 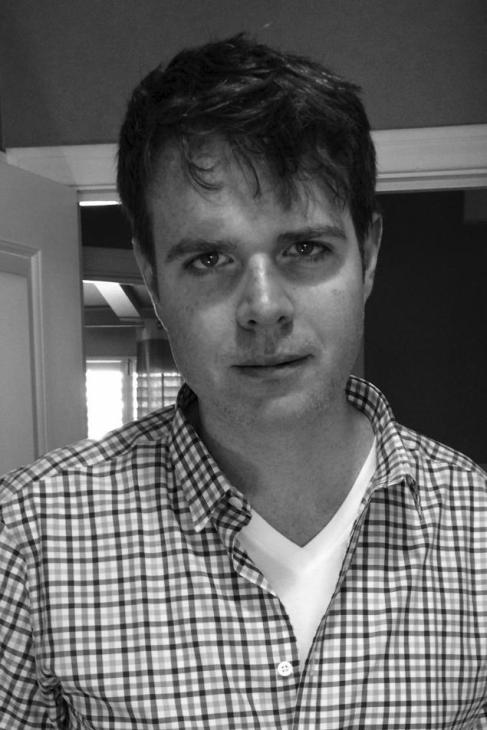