Movie Review: A Korean schoolgirl lives through a year in “House of Hummingbird” 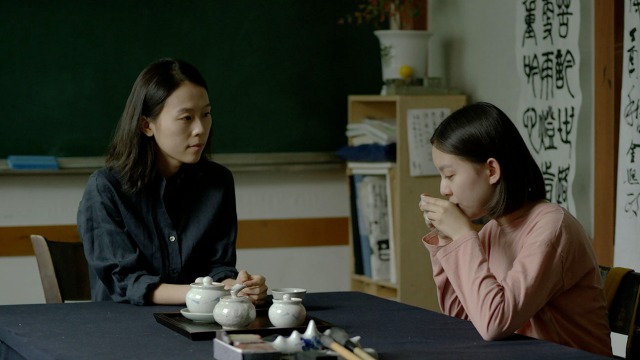 A teenage girl’s coming of age story shines a light on Korean sexism, educational Darwinism and the afterthought that girls seem to be there in “House of Hummingbird,” a sweet and forlorn “year in the life” drama.

The debut feature of Bora Kim is a period piece. She uses an eventful year in Korea — 1994 — and parks the downtrodden, failing student with limited expectations Eun-hee (Ji-hu Park) in it for a drama about the events that could make or break her.

Eun-hee lives in a violently dysfunctional house where her doted-on older brother Daehoon is being tutored and nagged towards college, an academic achievement that might be beyond his reach. He takes out his frustrations on his littlest sister. He learned the violence not just from his father (In-gi Jeong), we come to believe, but from the culture.

Older sister Suhee is still in school as well, but she’ll do anything to not be around the house, only showing up for meals and helping with the family’s baked goods business.

Eun-hee is as badgered as the other two, forced to take an after school “cram class” (tutoring) even though her girls’ school classmates have already singled her out as “housemaid” material.

She’s naively seeing her first boyfriend, who doesn’t seem to want to show her off in public. And even that is just another distraction weighing her down.

Insulted, humiliated or just ignored in class, passing notes instead of taking notes in the tutoring sessions with her pal Jisuk, doodling comic book characters when she should be paying attention, it’s all coming to head.

The headmaster’s pep talk to the kids should put the fear of God into the lot of them.

“Today is the first day (on the road) to your death!”

That’s a lot to carry on your shoulders. Eun-hee is only 14.

Over the course of this year, there will be karaoke sessions with her one or two friends, heartbreak and betrayal, misbehavior and tragedies. And there’ll be a health scare, something it takes a while to get her distracted, depressed mother (Seung-Yun Lee)

“How many people do you know?” She gets an unreasonably high answer. “And now how many of them do you understand? How many of THEM understand what’s going on inside you?” 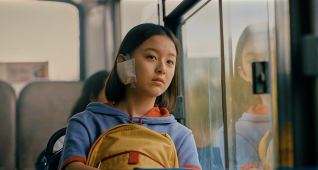 “House of Hummingbird,” in virtual cinemas (for instance, on your local art cinema’s website) on June 26, lets the momentous events of ’94 (a North Korean dictator dies) pass behind the teens trying to figure out what it is that they’ll be doing for the rest of their lives, when they’ll flower and when life will start to seem worth living.

The girls experiment with smoking, shoplifting, French kissing and thoughts of suicide as they consider the future laid out for them, a marriage where “you’re each other’s furniture,” or some sort of career — but only if you get into Seoul University somehow.

Bora Kim lets the story unfold in its own time, allowing for interludes — Mom’s drunken brother shows up to apologize for sucking up all the family money and energy from her as he was shoved into a life and career he wasn’t smart to handle — and plenty of teen distractions.

It takes a solid hour before we get a hint that maybe Eun-hee isn’t a complete dolt and slacker. “House of Hummingbird” is more interested in the limitations Korea’s patriarchy puts on her than her actual potential, more alarmed by the intense pressure even kids who fall on the “not-the-brightest” end of the spectrum are put under.

The film meanders a bit, and dawdles a bit more. But its compelling and unblinking portrait of a girl’s life, her expectations, prospects, obstacles and second class status announce Ms. Kim, its director, as a talent to watch as a chronicler of female life another of Asia’s “Miracle Economies.”