Posted on February 27, 2020 by rogerinorlando 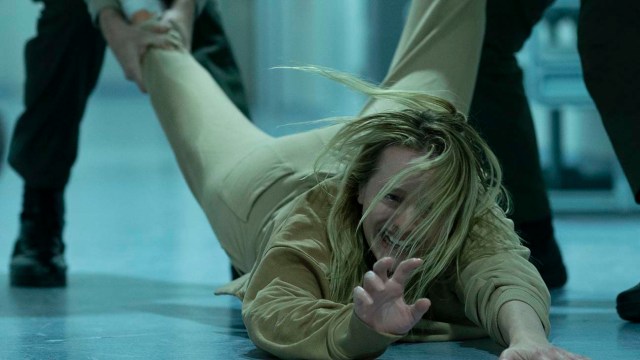 The trailers for this Universal horror tale have been paranoid, overwrought and money in the bank.

And the movie Leigh Whannell delivered is earning terrific reviews.

That should translate for a boffo weekend at the box office, as Variety likes to say. The trade mag is saying “The Invisible Man” is sure to pull in $20, maybe as much as $30 million on the last weekend in this Leap Year February.

Star Elisabeth Moss, who is good in everything, has a shot at becoming the next bankable leading lady in the movies if this thing blows up. She gets to star in indie or lower budget fare like “Her Smell,” but is generally consigned to supporting roles on the big screen — “Us,” etc.

TV is another matter, where “Mad Man” made her a household name and “The Handmaid’s Tale” made her the go-to actress for edgy drama about underdogs.

“Sonic the Hedgehog” will surrender the top spot to “The Invisible Man,” but it’s already made bank —$115 million domestic,and counting . The REAL movie to watch is “The Call of the Wild,” on which 20th Century (no longer Fox) spent $125 million on CGI animals (real dogs would have been more time consuming, limiting in terms of dangerous stunts, more empathetic and CHEAPER). It’ll roll into the weekend with about $36 million in the bank, and they need a big weekend or three to have a prayer of breaking even with the monstrosity.