Posted on February 7, 2020 by rogerinorlando

The idea behind “Kevin Hart’s Guide to Black History” is to take a “Drunk History” run through the lives of Great African Americans — some famous, many unjustly obscure.

They left out the “drunk” part, but the format is the same as “Drunk History” — light sketch comedy takes on Joe Lewis, Robert Johnson, Mae Jemison, Robert Smalls, Josephine Baker, Henry “Box” Brown and others.

Hart recites these tales to his daughter (played by Saniyya Sidney) and her nerdy white friend (Eoghan Thomas Murphy ).

You think you know Black History, from everything you learned in Black History Month? Ever heard of Underground Railroad hero Henry “Box” Brown, who packed escaped slaves, including himself, in shipping crates and mailed them from Richmond to Philly?

How about Robert Smalls, the slave who hijacked a Confederate gunboat in Charleston and took it and other slaves to freedom on it?

Mae Jemison, played by Tiffany Haddish, was the first African American woman astronaut, but who’s heard of Bessie Coleman, a barnstorming pilot in the ’30s who was the first Black woman to obtain a pilot’s license? 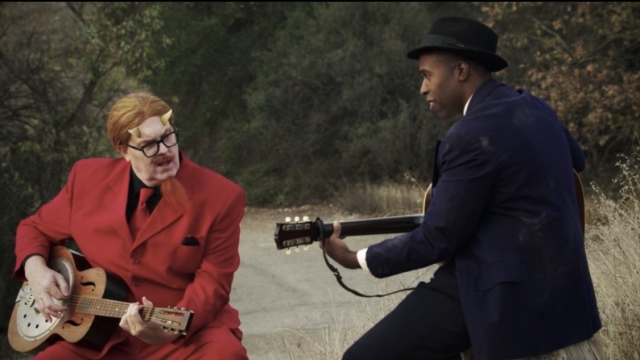 The reenactments aren’t hilarious, or even funny. But they are flippant and kid-friendly.

Hart’s narration? Strictly of the “quick-and-dirty” variety. No, there’s no profanity (well, a Fokker aircraft crack). But his line readings sound like what they are — recitations read from a page. He mispronounces words and nobody on the set had the nerve to ask for another take.

Still, it’s a breezy if not that funny “Sober History” riff through the lives of Great African Americans, such as the inventor of the potato chip, the true “first man to reach the North Pole” (or, um, get close) and others beyond the tiny ranks of “Black History Month’s Greatest Hits,” which is all many of us were taught in school each February.