Posted on February 6, 2020 by rogerinorlando

No, this is the marketing whiz who figured out how to market the quirky, pricey Fox release so that it would dominate the summer of ’77.

Ashley Boone was his name.

He went on to run the studio after Alan Ladd was chased out, the first African American Hollywood studio chief, and find glory marketing box office phenomena like “Chariots of Fire” and “Thelma & Louise.”

Here’s a nice Hollywood Reporter remembrance of the brains behind polishing the little that George Lucas wrote and directed into a global blockbuster, brand and “universe.” 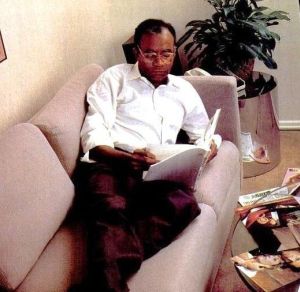