Wes Anderson’s “The French Dispatch” is set for 2020

Posted on September 19, 2019 by rogerinorlando 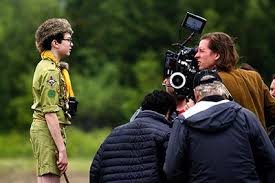 Animated or live action, the twee films of Wes Anderson have been onnan Howard trajectory with audiences after years of being “citical darlings.” A serio comic love letter to journalism” is his next project, and “The French Dispatch” has distribution and is in the pipeline fpr 2020.

THE FRENCH DISPATCH is a love letter to journalists set in an outpost of an American newspaper in a fictional 20th-century French city and brings to life a collection of stories published in “The French Dispatch” magazine.  The film’s cast includes Benicio Del Toro, Frances McDormand, Jeffrey Wright, Adrien Brody, Timothée Chalamet, Léa Seydoux, Tilda Swinton, Mathieu Amalric, Lyna Khoudri, Stephen Park, Owen Wilson and Bill Murray. The film will be released in 2020.

“We are excited to dive back into the unmistakable and entirely original world of Wes Anderson,” said Steve Gilula and Nancy Utley, Chairmen of Fox Searchlight Pictures. “Our collaborations with Wes in the past have been exceptional, and we’re thrilled to be back working with him and the Indian Paintbrush team on THE FRENCH DISPATCH.”

“Wes and our entire filmmaking team are delighted to again collaborate with our partners at Fox Searchlight, and excited to introduce audiences to THE FRENCH DISPATCH,” said Steven Rales.