Documentary Review: Jay Maisel’s eye for images is captured in “Jay Myself” 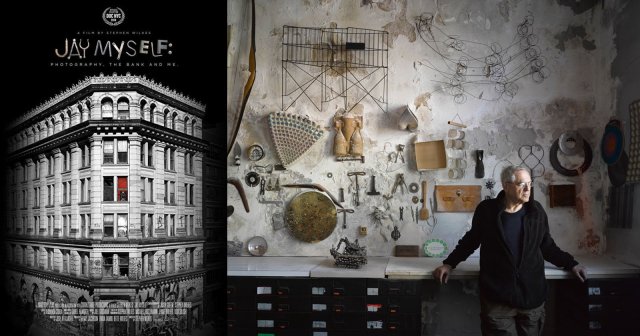 The Grand Old Man of Photography pushes his glasses back up on his nose, gestures with a non-existent cigar (for once) and speaks.

“My entire philosophy can be summed up in two words. ‘Hey look!'”

“Jay Myself” paints an affectionate, curmudgeonly documentary portrait of one of New York’s greatest photographers. Jay Maisel was a star of ad photography during the “Mad Men” era, an art photographer of great renown after that and a portrait photographer whose work graced profiles and album covers, such as Miles Davis’s “Kind of Blue.” 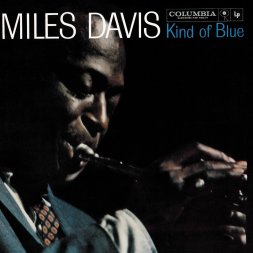 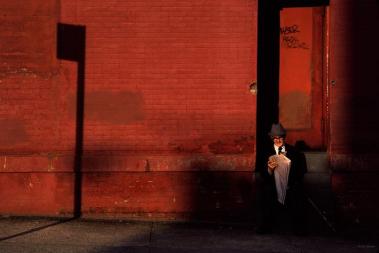 His street-scene specialty was his neighborhood, The Bowery. His fortress of photographic solitude was his home, office, studio and archive, a six story, 72 room, 35,000 square foot building that once housed the Germania Bank, 190 Bowery.

Photographer Stephen Wilkes interned with Maisel there in 1979, and photographed and filmed home movies of their time, then. He returned to the scene when, 35 years later, Maisel — 83 — finally gave up the expansive, ruinously expensive to maintain monument of late 19th century Manhattan. Wilkes captures the comically cranky master as a team of assistants, his wife and daughter, and movers crate up 35 truckloads of personal history for an overdue downsizing.

“Never throw anything out!” the old man bellows. “People who are collectors don’t have any choice in the matter. They just collect.”

Wilkes, who occasionally narrates his film, describes Maisel, one of the most-honored photographers of the 20th century, as an artist, a philosopher and “the toughest critic I ever had.”

He never uses the word “hoarder,” which is entirely too harsh for a generally organized packrat. But as Wilkes’ camera drifts past odd looking objects — blue, green and amber bottles of a vast array of shapes, cigar boxes, lamps and tools and bullhorns and vases and discs and cut out letters, and stacks and stacks of glass panes of various shapes, thicknesses and colors — the word might leap to the viewers’ mind.

What Brother Maisel really needs, you think, “is to hold the greatest yard sale in the history of the Bowery.”

He’s been all about “the perception and enjoyment of objects,” Maisel says, picking up this or that tchotchke, admiring its texture, the ways the light hits it, the possibilities it holds if he were to paint it and photograph it in juxtaposition with other odd objects Maisel has acquired and refused to part with.

“Art is…trying to make others see what you see.”

Wilke’s film traces the education and evolution of Maisel, from black and white portraits of Duke and Louis and Chet and giants of 1950s jazz, beautifully composed black and white street scenes, to the color of his dazzling ’60s work, some of it art for art’s sake, other shots artfully composed to sell “The Real Thing” (Coke) or Renaults.

In The Bowery, Robert Rauschenberg and Jasper Johns were his neighbors, his home — when he finally married Linda, “LA,” his wife, and they had daughter Amanda, was “the least-child-proof house in America.”

There’s footage of Maisel shooting the 1992 Sports Illustrated swimsuit issue, of him receiving tributes from Eastman Kodak. And there’s new footage of his vast “collection,” a sea of slides swept up dramatically with a push broom, others “stored” in a pool-sized glass-topped table/case, a peek inside walls of cabinets where he can show off unused cases of Kodak Kodachrome film, happy with this or that vintage (’76) like a collector of fine wine.

And there are the photographs, sixty years of capturing spectators at parades, ordinary kids in vintage baseball uniforms, a man in a red truck yawning in traffic — working people on the street and “Bowery bums,” or the first snowfall of the winter at an evocative corner of Elizabeth Street.

“I photograph anything that interests me,” Maisel explains. His disciples recall shadowing him, learning about color and composition, the artifice of his juxtapositions (he’d shoot through odd frames of glass, plant objects in the frame) at the feet of the master.

Truthfully, the three-month-long move that the movie captures gets tedious in “Jay Myself.” Or maybe that’s just the anxiety talking. Organized or not, this guy’s mountain of…stuff and the thought of moving it boggles the mind.

The salty Maisel ribs Wilkes & Co. mercilessly, “directing” — “How many close-ups of my face do you need?” Let the F-bombs fall where they may.

Wilkes asks Maisel if what other photographers have confessed to is try, if it’s “like therapy, taking pictures.” As a first-time documentarian,  Wilkes gets across the artistry even if he’s too close to the subject to ask the harder, more obvious questions.

We seen a parade of scenes with workers packing, sometimes with great care, other times almost haphazardly — hampers full of slides, stamped down into the hamper to squeeze more in — and aren’t surprised that the 80something Maisel wonders if he’s developing dementia. He can’t remember where everything is.

“‘You don’t have Alzheimer’s,'” he says his doctor assured him. ” You’re crazy!” Some  4800 drawers of slides and film exposures are presented as proof.

But by the end of “Jay Myself,” you get a handle on why he kept everything, the savvy businessman who charged top dollar for his work and always owned his negatives, his annuity.

His New York, from his vantage point down the street from CBGB in the roughest period in the neighborhood’s history, may be the most thoroughly and accurately portrait of the city during that era, when taken as a whole.

And when there’s a museum, or at least an unexpurgated online archive that takes all or much of it in, everybody will be able to see for themselves what Maisel saw, what he was doing with that camera on his eye determined to “go out there and really see what’s in front of me.”