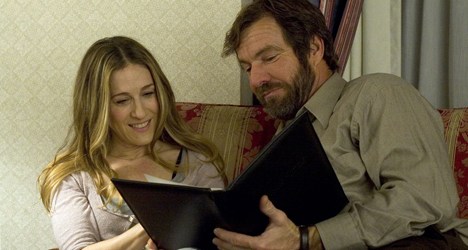 Smart people have the answers. Smart people are quick on their feet. They always have the right word on the tips of their tongues.

But smart people can also be insufferably rude, intolerant, uncompromising, stand-offish. They can be pompous windbags, in love with the sound of their own voices, especially if they’re academics.

“Smart People” is a timid, somewhat unsatisfying but pleasant enough comedy about such smart people. Every one of these “people” is closed off, emotionally shut down in some way. But the least smart among them is the guy who picks up on all these flaws and who clumsily points the flawed folks in directions that help them.

Dennis Quaid is cast against type as Lawrence Wetherhold, a bitter, widowed college professor, unable to get his latest academic tome published, unwilling to learn the names of his students, incapable of changing because that would mean lowering his standards.

And he has passed that smart, aloof prickliness on to his daughter, Vanessa (Ellen Page of Juno). She’s just as brilliant, just as emotionally detached in her SAT-obsessed, Young Republicans circle.

“You’re a monster” are the first words her dad’s drifter/adopted brother, Chuck (Thomas Haden Church, cast on the nose) utters to her. He understands her and thinks she’s scary. She is an unhappy “17-year-old robot.”

“You’re not happy,” she shrugs to her dad. “And you’re my role model.” 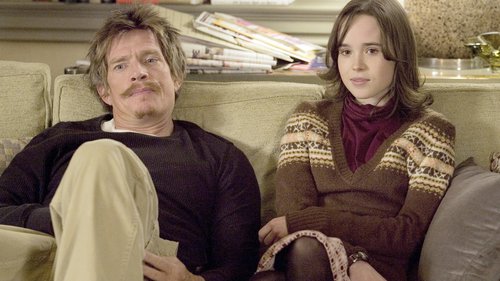 Then Dad has a personality-related “accident” and winds up in the hospital. His enraged son (Ashton Holmes) doesn’t care and won’t visit. His daughter is more concerned about losing SAT study time than checking on him. And his doctor (Sarah Jessica Parker), one of the legions of ex-students Lawrence doesn’t remember, is stunned.

What follows is an oddly disconnected courtship between the teacher and an emotionally brittle former student, a courtship neither the director, the script nor the actors can quite explain. What on Earth does she see in him? Where is her emotional damage?

There’s too much plot and back story — the grief that sucked this family into the black hole they’re in, the professor’s thwarted ambitions, the poet-son’s fury at being ignored most of his life, the daughter’s desire to attend a college far away from the cozy confines of Dad’s Carnegie Mellon University. When you toss this many balls in the air, several are bound to be forgotten.

But “Smart People” manages to entertain through truth in advertising. These are smart, glib people, with enough witty things to say to be worth our time.

Chuck gives Vanessa a joint. He drags her out to bars, trying to get her to lighten up. She sees a world she has not allowed herself into, and drunkenly puts down classmates.

“What’s it like sitting alone at lunch every day?”

Director Noam Murro and the actors sketch in characters with just gestures, clothing, the self-centered way Lawrence parks his Saab. He takes up two parking spaces.

If the movie doesn’t fall together and we never quite get comfortable with Quaid taking on the cliched stooped posture of an academic or hearing him use words such as “pedantry” and “eschewing” as if he’s never heard them before, Page, as a right-wing version of smart-mouthed Juno, Church, Parker and even Quaid at least give us something to chew on as their characters try to mend their dysfunctional lives.

And if “Smart People” isn’t exactly brilliant, that’s not the end of the world, either. “Smart” is all they promise. And Parker and Haden Church would, it turns out, go on to polish this premise in HBO’s winning, amusing and scathing “Divorce.”

MPAA Rating: R for language, brief teen drug and alcohol use, and for some sexuality