Posted on June 9, 2018 by rogerinorlando 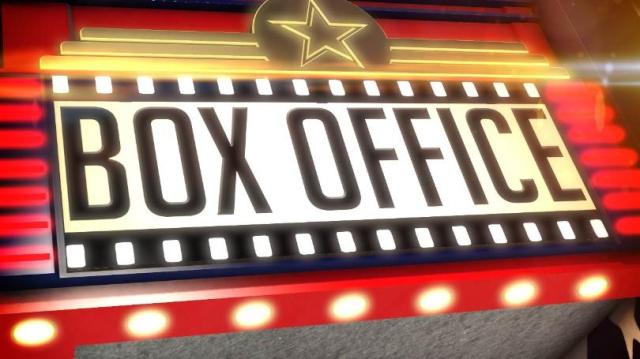 And all it took to best their best opening weekend was Sandra Bullock, Anne Hathaway, Cate Blanchett and Rihanna — and Helena Bonham Carter, Mindy Kaling, Awkwafina and Sarah Paulson.

A $4 million Thursday night — I was at one of the busiest cinemas in the country that night, and management was a bit underwhelmed by the turnout at that point — led into a huge Friday and what looks like a $42 million opening, per Deadline.com.

That’s in line with pre-release projections — all that star power, Year of the Woman hype, etc.

Good on them. The movie’s reviews weren’t stellar. In thinking about it further after writing my review, I wonder if Bullock didn’t exercise too much control and set the tone. She’s not as funny as she used to be, tried too hard to play it Clooney cool and that put a damper on any hopes of snappy banter, wisecracking chemistry among the rest.

Bullock, and this is mean but I am dead serious about this theory, is incapable of cracking a smile or cracking up. Too much “work done.” Collagen kills your twinkle.

Sequels? Almost certainly. Less Sandy next time, amp up the others.

“Hereditary,” the best horror movie in ages, is fighting neck and neck with the fading “Solo” for second place. It looks to hit the $14 million mark or so. The horror crowd should be showing up in much larger numbers for this one, but they gravitate toward proven “brands.” Maybe it’s just too sophisticated for them.

“Hotel Artemis” is a watchable dog, and as such is bombing at the box office. Under $4 million? I hope Jodie Foster got more than that, just in her salary. Because this could have been hipper, meaner, smarter and funnier, and is just unworthy of her.

Shailene Woodley’s sailing tour de force “Adrift” is having another decent weekend and will be over $20 million by Sunday night.

“Upgrade,” sci-fi smart enough and horrific enough to pack a late matinee Thursday when I caught it (late) is fading away without catching fire. Disappointing.