BOX OFFICE: The “Real” race this weekend? “RBG” “Ginsburns” “Pope Francis: A Man of His Word”

Yes, “Deadpool 2” had the second highest pre-release ticket sales in presales history, yes, it is opening to $132 million — a new R-rated record for R-rated times.

And nobody held much hope for “Show Dogs,” which has almost zero laughs in it. I saw it with an audience of kids and parents. So quiet you could hear a chihuahua fart in that theater. It managed $5 million and change.

“I Feel Pretty” and “Black Panther” and “Tully” have tumbled out of the top ten.

The big question I had this weekend was about the Dueling Icon Documentaries. 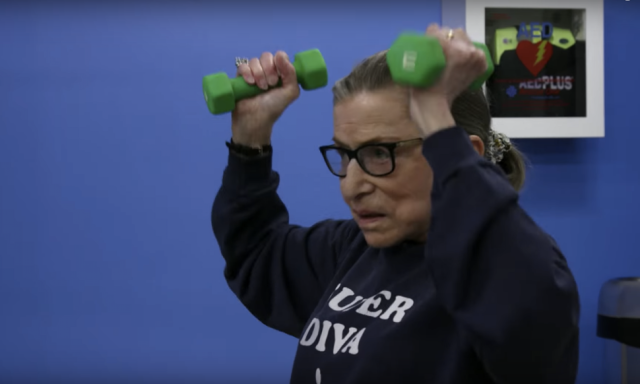 “RBG,” the Ruth Bader Ginsburg hagiography, and the even less critical “Pope Francis: A Man of his Word” are on almost exactly the same number of screens, with “RBG” on about 30 more. But the film about her has already been in theaters over two weeks.

Was there outreach to Catholics for the Francis film? I heard of none. Maybe including the infamous John Boehner’s introduction of him to the GOP Congress in the trailers was a mistake.

Perhaps it would help if the Pope, a sweet-spirited, humorous man, from all accounts, had a “Saturday Night Life” and pop culture doppelganger, something akin to the “Notorious RBG.”