So what’s the buzz on “Carrie”? 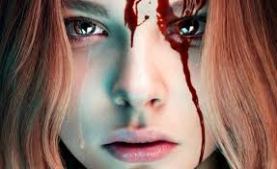 Here’s one that’s sort of sneaking up on us. It was delayed, but we knew it was coming out this fall — eventually. It promised to be THE horror picture this Halloween.

But there’s been zero buzz on it. Zero. The biggest noise related to it was a viral marketing video gag pulled off in an NY deli. Cute, but will it sell tickets?

The new “Carrie” has Chloe Grace Moretz doing the Sissy Spacek role, and Julianne Moore taking over for Piper Laurie’s religious-fanatic mom. Kimberly Peirce , who claim to fame remains “Boys Don’t Cry,” with the well-made flop “Stop Loss” and episodes of TV’s “The L-Word” filling the years since. That’s a promising set up, a remake of maybe Steven King’s best (shot) novel, good cast in the leads, a director who got Hilary Swank her first Oscar.

No, there are no reviews posted on Rotten Tomatoes yet.

The TV ads haven’t been all over the place. I caught one last night, filled with endorsements from the critic at Elle Magazine. Really?

It’s a Screen Gems movie — not a brand name studio for films with ambition. Cut-rate horror, yes. And that crummy “Battle of the Year” mess from last month. And they’ve shown the film to some critics but are hiding it from most. Me, for instance.

And what’s Roger’s Rule? “They never hide a movie they’re proud of.”

“The Conjuring” was previewed for critics, “Insidious Chapter 2,” “The Purge.” Most horror movies, save for the POS “Resident Evil” franchise and the later “Saw” installments, were previewed.

You don’t like to pre-judge a movie. But as with “A Family Thing” and “Machete” and other pictures that weren’t worth previewing, the studio is inviting ill will and begging critics to think “damaged goods” when they do this.

I hope I’m wrong, but I smell a stinker. (Updated: I’m not the only one noticing this “hide this dog” behavior).

1 Response to So what’s the buzz on “Carrie”?