Movie Review: The first decapitating cut is the deepest in Miike’s “First Love”

Posted on September 18, 2019 by rogerinorlando 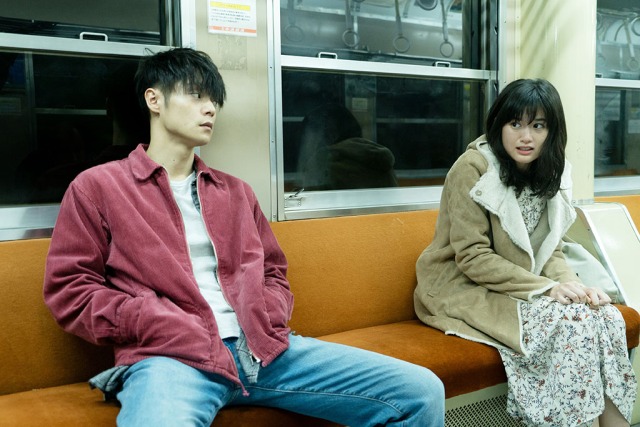 You’ve got a Chinese mob soldier named “One-Armed Wang” with a grudge. You can guess what about.

The hero gets awfully brave when it comes to dealing with crooked cops, yakuza and Chinese mobsters after he learns he has a brain tumor.

And the grizzled mob boss is a goddamned poet — “Morning light doesn’t suit the wicked.”

Takashi Miike’s latest yakuza swords and sidearms epic (“Audition” and “Yakuza Apocalypse” were his) is a gonzo comic thriller that takes its time getting started, clutters the screen with characters, intrigues and subplots and only gets down to (funny) business when the guy with one arm shows up.

Trigger alert — if you can’t find it in your heart to laugh or at least giggle at the sight of a lopped-off head, maybe “First Love” isn’t for you.

A shy, orphaned young boxer (Masataka Kubota) is endlessly lectured by his cornerman that he needs to find something or someone bigger than himself to fight for.

“Without the love, you’ll eventually lose” he gripes (in Japanese, with English subtitles.

Even the news, after his first loss, that a brain tumor probably caused him to collapse in the middle of pummeling a foe doesn’t get a rise out of them. Then, a junky-hooker named Monica (Sakurako Konishi) screams for help, and Leo — a dead boxer walking with nothing to lose, has his purpose.

He clocks her tormentor. It’s just that the guy (veteran character actor Nao Ohmori) is a cop. It’s just that he’s a dirty cop, grabbing poor Monica, enslaved to pay off her father’s mob debts, because he wants her to be the fall-gal in a drug stealing scheme that could set the Japanese gang against the Chinese gang in the Shinjuku corner of Tokyo.

And that bad cop has a confederate, the cunning punk Kase (Shôta Sometani, hilarious). He’s the mastermind here, pulling one over on his fresh-out-of-prison boss (Seiyô Uchino), a tad inept and out of his depth, but ruthless. You’ve got to love the line he shouts when his rob-the-drug-courier ambush goes wrong. 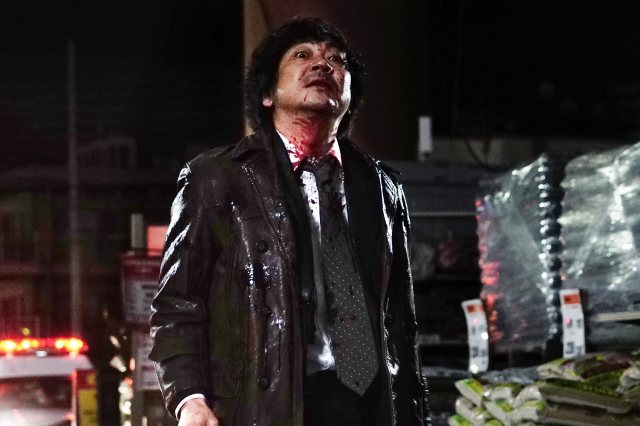 But Kase’s machinations run him afoul of the girlfriend of one mobster (Becky) and the Chinese mob’s nuclear option — Chiachi (Mami Fujioka). Let’s just say thugs should think twice before plotting a sexual assault or hate crime in Shinjuku.

Miike, working from a Byzantine Masa Nakamura script, cranks up the crazy as “First Love” lopes along. It may be a slow starter, with a whole boxing picture prologue. And it may doggedly march through a couple of anti-climaxes before making its exit. This is still rousing, over-the-top entertainment, with gunfights and swordfights, women in distress and women wronged and women out for blood.

I’m unfamiliar with this actress Becky (Rebecca Eri Rabone). But seeing her go off when revenge is in her eyes as “Julie” would have me side-eyeing every Japanese woman who passes, was I to take a Tokyo tour.

“I’m out to KILL! Everybody, LET’s KILL!” loses nothing in translation.

There’s a droll humor that makes all this exposition, confusion and mayhem come off, a tone set by having Leo so utterly unflappable in so many situations. The first guy to pull a gun on him just warrants a “Huh. My first hallucination.”

If you haven’t sampled the works of Miike before now, here’s the perfect introduction. And yakuza action-comedy fans, you never forget your “First Love.”