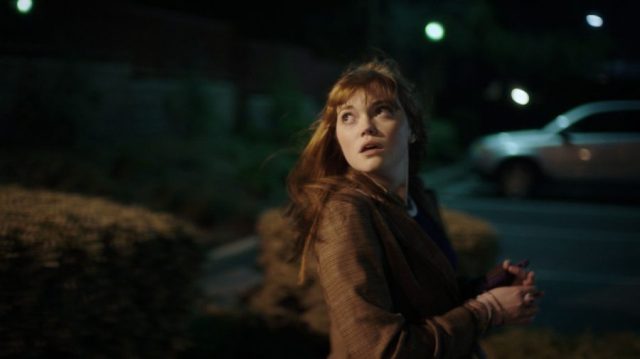 I can’t help but notice that a lot of movies that either make no noise in theaters or don’t even warrant a theatrical release find fresh “new” titles when they make their way to Netflix.

Thus, “#SquadGoals” evolves into “Deadly Scholars” on the streaming service.

It’s a tricky-enough but drably executed serial-killer-in-high-school thriller that flirts with issues of press freedom, official coverups, police indifference and callous classmates on its way to resolution it only half earns.

“#SquadGoals” is the name of a blog enterprising teen reporter Samantha (Kennedy Lea Slocum of TV’s “The Kids are Alright” and “The Real O’Neals”) runs at Westbrook High. It’s all about the seniors, as is her effort to interview every single “squad” member for the yearbook before graduation.

She’s a bit of a budding theater critic, too. She and snarky photographer friend Nate (Corey Fogelmanis of “Ma”) are all set to enjoy — or talk smack about — the school’s “Romeo & Juliet.”

But that retching that dreamy Romeo does after taking the same poison that brought down his love? That’s not acting. Dude dies right there on the stage.

It’s the first “mysterious” death at the charter school. And the red alert control-freakout Principal Pope (Sherri Saum) goes into afterwards — “No one is to talk to the media” —  convinces Sam that even if the cops aren’t suspicious, maybe she should be.

“That’s something you say when you’re trying to cover something up…My Spidey sense is tingling.”

Sam, Nate and pal Rudy (Peyton Clark), smart kids all up for the same big scholarship, decide to dig into things on their own.

Because the first death in the “squad” isn’t the last. 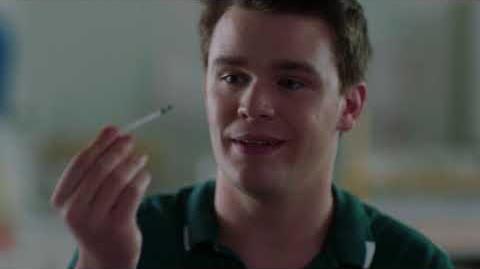 There’s mystery without a lot of suspense, as we’re tipped far too obviously and far too early as to what might be playing out. The script doesn’t play fair in a few cringe-worthy ways, the “surprises” feel random.

How can you tell a movie is malnourished in production money? Cheerleaders’ cheers that don’t seem choreographed. Or rehearsed. A psychology teacher who doesn’t know how to pronounce “grandiosity” and doesn’t get a second take to get it right.

Because nobody else on the set does, either. Actors.

The whole enterprise is more “Murder She Wrote” rerun than bonafied “dead teenager movie.” The deaths, save for Romeo’s, are poorly handled and barely set up at all.

Nobody really “has it coming.” t

And the budding teen romance is undone by the hints that maybe the guy character we’re pairing with the girl character is more into other guys.

I’ve seen worse, but then, I see everything. Maybe this is one you want to skip.