He was 75, a fanboy icon, a friend to indie/genre cinema and a real prince of a guy.

I always ended up interviewing him  about middling movies in which he was the sole saving grace.

He was regal and formidable in everything he did, even as a Hobo. With a shotgun.

The last time I tracked him down years ago, the only reason I’d ever give “Hobo with a Shotgun” a second glance, was for the profile below. 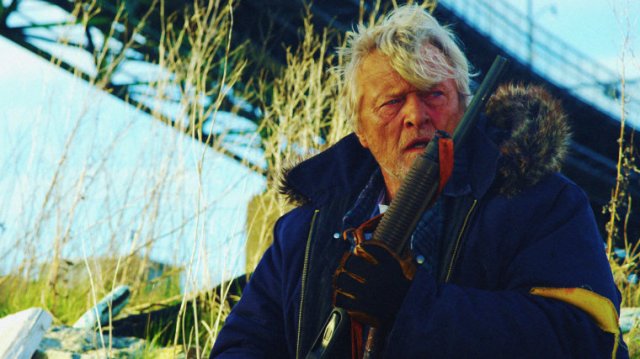 Rutger Hauer is cooler than any 67-year-old film actor 30 years removed from his most famous role has a right to be.

He turns up in an exorcism movie starring Anthony Hopkins (“The Rite”), and it’s news. He stars in a no-budget “grindhouse” splatter picture titled “Hobo with a Shotgun,” and the Sundance Film Festival and fanboydom celebrates.

“He’s effortlessly and inadvertently cool; whereas many actors chase that cool stigma, as if it’s sold in packets on the corner of Hollywood and Highland after dark,” says Clint Morris of the influential movie blog, moviehole.net.

“I’ve never really cultivated it,” Hauer says with a shrug. “But I am used to being on my own. And ‘loner’ translates as ‘cool’ to a lot of people. It turns up in the characters I play. I don’t set out to be alone all the time, but it works out that way. And every now and then people notice I’m going my own way and decide ‘that’s cool.’”

Hauer established himself in the films of his fellow Dutchman Paul Verhoeven in the ’70s and gained screen immortality as the “replicant” lecturing humanity about what it means to have a soul in “Blade Runner” (1982). 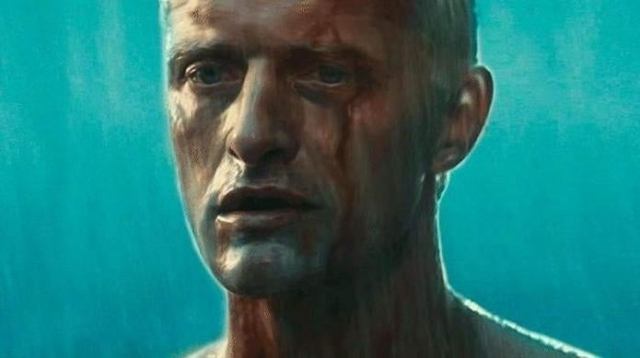 The decades that followed had a lot more obscure films (“Split Second, “Scorcher”) than hits. He turned up in a comically understated TV campaign for Guinness beer. Hauer went his own way, and often audiences didn’t follow. But film fans and new generations of filmmakers never forgot him.

So there he was in George Clooney’s “Confessions of a Dangerous Mind” (2002) and in the blockbusters “Sin City” and “Batman Begins” in 2005. And here he is as a hobo, avenging himself on a corrupt and violent future city in “Hobo With a Shotgun.”

“A message? Oh, no, PLEASE. No messages. I HATE movies with messages. ‘Be kind and civil to everyone, because the person you least expect could shoot you. With a shotgun.’ Messages limit the movie. If you want to have one, grab it. Just don’t tell me about it.”

And coming up, he’ll be the vampire hunter Van Helsing in a 3-D film for horror auteur Dario Argento.

“Dracula and Van Helsing, in 3D?” Hauer laughs. “That was all I had to hear.”

Like a handful of character actor icons, Hauer has enjoyed longevity largely by “not letting myself be isolated from the fans, fans who might become filmmakers.” Sci-fi (“Blade Runner”) or fantasy (“Ladyhawke”), horror (“The Hitcher”) or exploitation (“Blind Fury”) buffs often find their way to film school. And when they make their movies, they call on Hauer, partly because they know they can.

“From the beginning of my career, I’ve always said ‘the door is open. Not closing the door.’ So I am available to people who were fans and are now filmmakers. If I can figure out what they’re doing, I just might help out. If I can’t figure it out, I have my agents figure it out.”

He takes meetings on Skype and listens to pitches. Sometimes, he signs on straightaway and “other times, I get my agents to try and make sense out of what is being proposed. Sometimes it works out, sometimes it’s a disaster. But a first-time filmmaker isn’t much less experienced than a third-time filmmaker. So I take a chance.”

Hauer has found another way to contribute to the industry that keeps him employed. He has set up the Rutger Hauer Film Factory in Rotterdam (rutgerhauerfilmfactory.com), a lab-workshop for would-be filmmakers, ages 12 and up, “that’s meant to be a sort of European version of what Robert Redford’s Sundance lab is,” Hauer says.

“It’s a lab where filmmakers update each other and challenge each other and get better. It helps me touch base with younger people, which I need to. And if I can inspire them, push them through a ton of experiences with film in a short time, that will help them the rest of their movie-making lives. It’s an economics school. If they do what I tell them, they’ll shoot faster, more creatively and they’ll surprise everybody.”

He enthuses over new technology that allows almost anybody to shoot and edit a movie with off-the-shelf cameras and computer software. Hauer can tick off which of the six movies — “one that is high art (“Black Butterflies” about an apartheid-era South African poet), and there’s a comedy, and another a film with twist” — that he may have in theaters by the summer that were shot on this camera or that one.

Afew of them sound pretty cool, which is what you would expect from Hauer.

“My grandkids think I’m cool, which is what matters,” he jokes. “Well, ONE of my grandkids.”